Barnes & Noble stopped developing its own NOOK tablets a while back, and instead partnered with Samsung to sell Android tablets pre-loaded with NOOK software. The first model was last year’s Samsung Galaxy Tab 4 NOOK, which was basically a special edition of an existing $179 tablet.

This year the companies are trying something a bit different, by offering a NOOK version of a premium tablet. 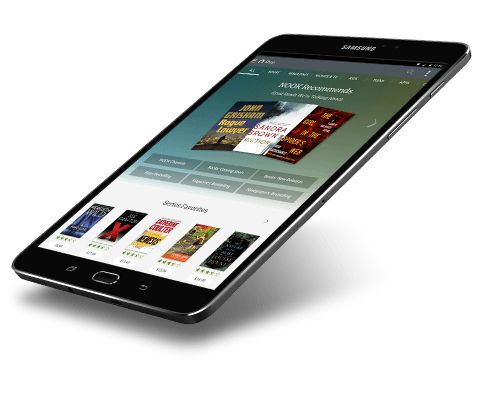 That price includes three free NOOK books, three free NOOK magazines, and a $5 credit. But it’s still a lot of money for a tablet from a company that used to offer low-cost Android tablets under its own NOOK brand.

The new tablet weighs about 9.4 ounces, measures about 0.22 inches thick, and has an 8MP camera on the back and a 2.1MP camera on the front. The tablet runs Google Android 5.0 software along with some special NOOK features including support for free WiFi access at Barnes &  Noble stores, the ability to read some eBooks for free when you’re connected to a B&N WiFi network, and of course, access to the NOOK digital content store.

B&N also says customers will get free lifetime support for their tablets in stores.

via B&N and The Digital Reader