ASRock Industrial’s new iBOX 1200 line of computers are compact desktop PCs with fanless designs and 12th-gen Intel Core “Alder Lake” processors. Measuring 6.8″ x 4.3″ x 2″, these mini PCs are small enough to attach to the back of a display or mount to a wall, but powerful enough to drive up to four displays.

Available with up to an Intel Core i7-1265UE processor, the computers support up to 64GB of RAM and dual storage devices and have a generous array of ports. 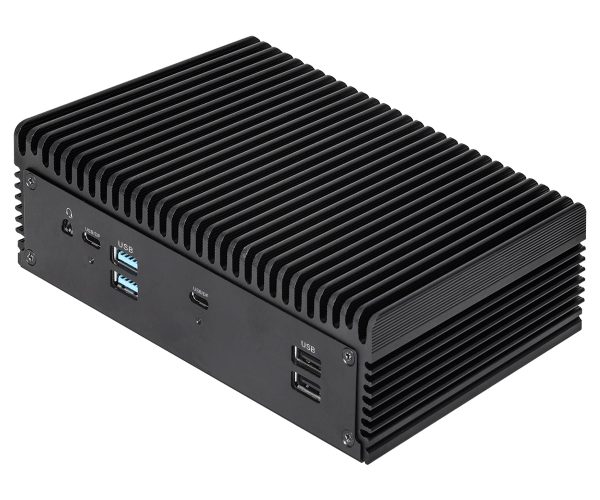 These aren’t the first ASRock mini PCs to feature Intel Alder Lake processors – earlier this month the company introduced the NUC 1200 BOX series. Those models are both smaller and more powerful, with support for up to an Intel Core i7-1260P processor. But that’s because they’re actively cooled with a fan inside the chassis.

ASRock is positioning the iBOX 1200 series as a line of fanless embedded systems designed for silent operation, since there are no moving parts.

The computer has an aluminum chassis and comes with a 19V/90W power supply and wall mount kit. ASRock says the iBOX 1200 officially supports Windows 10 and Windows 11, but I don’t see why it wouldn’t support Linux or other operating systems that are compatible with 12th-gen Intel chips.