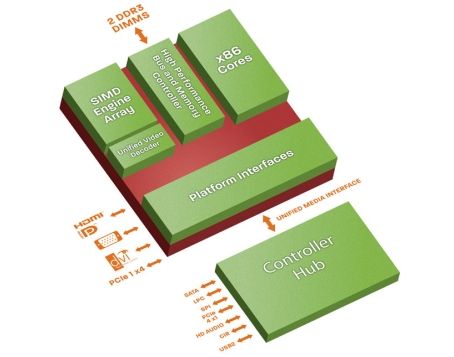 AMD has been shedding its reputation as a company that makes powerful, but power-hungry chips. The 9 Watt AMD C-50 dual core processor can go head-to-head with Intel’s latest Atom chips for netbooks in terms of performance and power consumption, while the AMD E-350 chip uses just 18W, or less than half the power of a typical notebook chip.

But AMD’s not only focused on notebook processors. The company unveiled a new G-Series line of chips for embedded systems earlier this year, with the same low power consumption of 9W to 18W. Now AMD has added two new chips to the G-Series lineup, consuming even less power while still offering DirectX 11 graphics capabilities.

The AMD T40R is a 1 GHz, 64-bit single core 5.5 Watt chip. AMD also offers a dual core version called the T40E which has a TDP of 6.4 Watts. Both models include AMD Radeon HD 6250 graphics. The chips are designed for use in fanless systems including low power business computers or mobile devices.