Acer is expanding its line of Chromebooks with models featuring a range of features and prices — although they’re all reasonably inexpensive.

The company launched an Intel Celeron/Haswell powered Chromebook for $250 in October, and followed up with the introduction of a $199 model a month later, featuring half the RAM. Now it looks like the company is also going to launch a model with a higher-price tag, and premium features including a touchscreen. 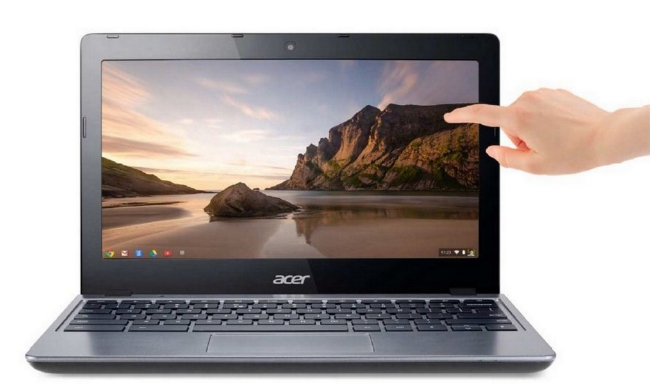 While Acer hasn’t officially announced the new touchscreen model, we first heard about it a few months ago, and now Amazon France is taking pre-orders for 299 Euros. That’s about $400 US, but it’ll probably be cheaper if and when it comes to America.

The Acer C720 with a touchscreen has the same Intel Celeron 2955U Haswell processor as the other laptops in the lineup. But in addition to the touchscreen, it has 32GB of storage — twice the amount available on the cheaper models.

It’s not clear if Acer plans to offer a higher-priced model with 4GB of RAM, 32GB of storage, and a touchscreen, but it would be kind of silly not to.