The Acer C720 Chromebook is an inexpensive, portable notebook designed to run Google’s Chrome operating system. Acer launched a $250 model in October, featuring 4GB of RAM, 16GB of storage, an Intel Celeron 2955U Haswell processor, and an 11.6 inch display. 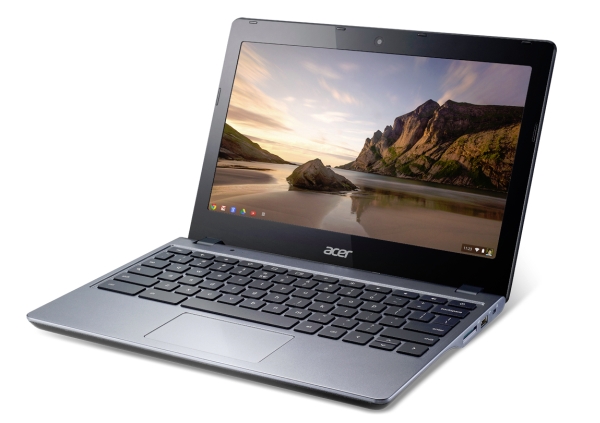 The rest of the specs remain largely the same. The laptop still features a Celeron 2955U CPU, 16GB of solid state storage, and a 1366 x 768 pixel display.

The only real difference between the $200 model and the $250 version is that the more expensive model features 4GB of RAM instead of 2GB. While it’s often nice to have as much memory as you can afford in a laptop, Chrome OS runs reasonably well on devices with 2GB of memory — especially if you tend to run just a few browser tabs at a time.

The Acer C720’s memory isn’t designed to be upgraded, so if you think you might need the extra RAM, you should probably just pay the extra $50 and buy the 4GB version.

There have also been suggestions that Acer could eventually offer a model with 32GB of storage or an optional touchscreen, but for today all the company is offering is a new low-cost option.