Chromebooks are laptops that run Google’s Chrome operating system, and while they’re useful tools for anyone looking for an inexpensive laptop for accessing the web, they’re especially useful in business and education settings. That’s because Chromebooks store your user data and settings online, so one Chromebook is pretty much interchangeable  with  another — just login with your username and password to pick up where you left off on another machine.

So it probably shouldn’t be surprising that a growing number of schools are trying o out Chromebooks. Google says  there  are now 2,000 schools using Chrome OS laptops. 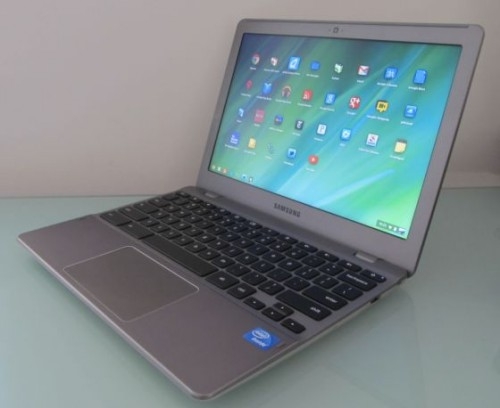 It’s not clear exactly how many Chromebooks are  in the hands of students – each  school is using a different number of devices, but in  a blog post on the topic, Google highlights several schools using a thousand units or more.

While there are certainly some  disadvantages to Chromebooks (they don’t run native desktop apps such as Office, iTunes or Photoshop, and many web apps won’t work if you don’t have an internet connection), they have some advantages for schools.

They’re some of the most secure laptops around – it’s hard to accidentally download  and install malware when you’re not downloading and installing much of anything.

Thanks  to the streamlined operating system, Chromebooks  tend to boot quickly and  resume from sleep nearly instantly, so students don’t  have to sit and wait for their laptops to load before they can participate in a lesson.

And in addition to allowing students to surf the web, Chromebooks can run virtually any web app or Chrome add-on  that’s  available for  the Chrome web browser on  a Windows or Mac computer.

8 replies on “2,000 schools are using Chromebooks”