ICE Computer is developing a modular PC concept called the xPC. Basically it’s a small, phone-sized computer which houses a processor, memory, storage, and wireless components. But there’s no display or keyboard.

Instead, the idea is that you hook up the xPC to a docking station to turn it into a fully functional computer.

Want to use a desktop? Hook up the xDock. Want a tablet? Try the xPad. There’s also an xTop laptop docking station. 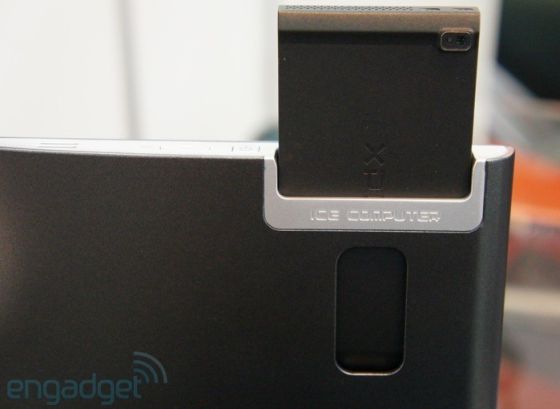 If the concept sounds familiar, that’s because it works a lot like the Asus Padfone — which lets you use your Android smartphone as the brains of a tablet or laptop just by adding a docking station.

What makes the xPC concept different is that it can use an Intel, AMD, or ARM-based procesor, so you could theoretically build a Windows computer around the design, not just an Andorid or Linux system.

Engadget reports that ICE Computer hopes to ship the xPC later this year for between $1– and $250. The desktop dock should be available around the same time, with the tablet dock due out next year.

12 replies on “xPC modular PC can power a desktop, laptop, or tablet (concept)”