Chinese electronics company Xiaomi is probably best known globally for its smartphones and smart TV devices. But the company has also been selling laptops for years, and now it looks like Xiaomi is getting ready to launch its first desktop computers.

Two new models recently broke cover in China. One is a compact mini PC with an AMD Ryzen 7 6800H processor, and the other is a larger (but still compact) computer chassis with room for a mini ITX motherboard and possibly even a discrete GPU. 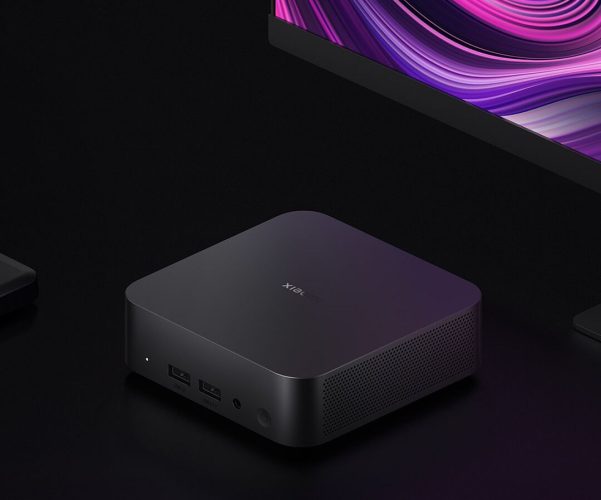 While there aren’t a lot of details yet, the smaller model basically looks like an AMD-powered alternative to an Intel NUC Pro system.

It’s a thin, small computer with ventilation on one side, two USB Type-A ports and a headset jack and a power button on the front. I haven’t seen any pictures of the back or left side yet, but according to a post on Chinese social media site Weibo, a model with 16GB of RAM and a 512GB SSD will sell for about 3,999 RMB, or $570.

The Ryzen 7 6800H processor at the heart of the little computer is a 45-watt, 8-core, 16-thread chip with Zen 3+ CPU cores and 12-core AMD RDNA 2 graphics. In other words, the $570 computer has the guts of a decent gaming laptop… but without a keyboard, mouse, display, or discrete GPU.

The other mini PC is more of an unusual PC chassis than a full-fledged computer. It’s a compact metal case that appears to come with a 100W power supply inside the case. So while there seem to be 2 slots that can be used for discrete graphics cards, it’s unclear if the power supply is actually powerful enough for discrete graphics (although I suppose it’s possible you may be able to use an external power supply if you plan to build a mini PC with more energy-hungry parts).