Chinese device maker Xiaomi has been selling low-cost smartphones with decent specs for the past few years. But now the company has unveiled its cheapest phone to date.

The Xiaomi Redmi 2A is a $97 smartphone that will be available in China this April. 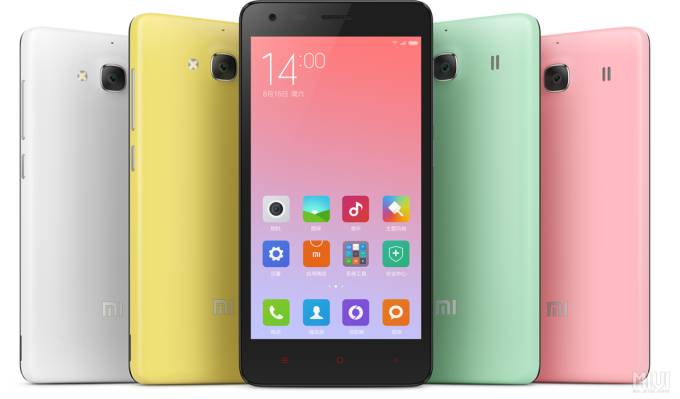 It has 1GB of RAM, 8GB of eMMC 4.5 storage, a 2200 mAh battery, an 8MP rear camera, and a 2MP front-facing camera. The Xiaomi Redmi 2A also supports 4G LTE networks and has dual SIM card slots.

While there are certainly phones with faster processors, higher-resolution displays, or other premium features, they tend to cost a lot more than the Redmi 2A.

Xiaomi also introduced a few other products today, including a $16 Mi Smart Scale which can share data with a smartphone app, an $8 power strip with 3 USB ports and 3 standard outlets, and a 55 inch, 4K smart TV called the Mi TV 2 which sells for about $800.

The company also cut the price of its flagship Xiaomi Mi4 smartphone by about $32, bringing the new price to $290.

10 replies on “Xiaomi launches the $97 Redmi 2A smartphone”