One of the key features that has always set Microsoft Windows apart from its predecessor (DOS), is that you never need to fire up a command line window if you don’t want to. But power users have been making use of the Command Prompt and PowerShell to get things done for years… and more recently Microsoft has offered a Windows Subsystem for Linux that lets you run command line Linux apps within Windows.

Now Microsoft is preparing to launch a brand new command line app called Windows Terminal. It’s expected to ship in mid-June, but a preview build could be available as soon as today. 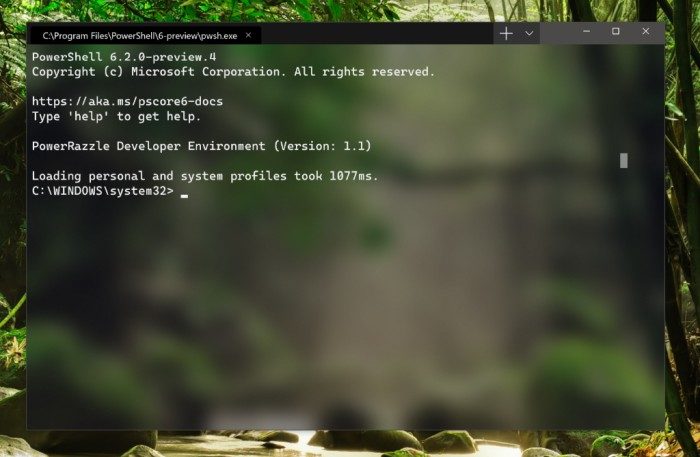 Among other things, Windows Terminal features a tabbed user interface, support for GPU acceleration for text rendering using DirectWrite/DirectX, support for multiple fonts (and emojis), and support for themes and customization.

It appears that you’ll be able to use Windows Terminal to interact with the Command Prompt, PowerShell, or WSL using the same interface… but Microsoft reportedly doesn’t plan to phase out those standalone tools right away. Instead, Microsoft plans to make Windows Terminal the default command line interface moving forward, while still allowing users to open the tools they may already be more familiar/comfortable with.

Windows Terminal will be available from the Microsoft Store this summer, but the source code is already available at GitHub for folks that want to clone, build, or test an early version.

via Microsoft, Tom’s Hardware and TechCrunch