Mesh networking has been all the rage in the WiFi router space over the last few years, with nearly every company that makes consumer networking gear offering a whole-home WiFi solution that lets you use multiple routers to boost your signal in spaces that would be tough to reach with a single router.

But there’s a catch: you can’t just grab any two routers and expect them to work together. Have a Google WiFi? You’ll need another Google WiFi if you want to create a mesh network. The same goes for routers from Eero, TP-Link, Asus, Netgear, D-Link, and others.

But the WiFi Alliance has created a new standard that could allow interoperability… if it’s widely adopted. 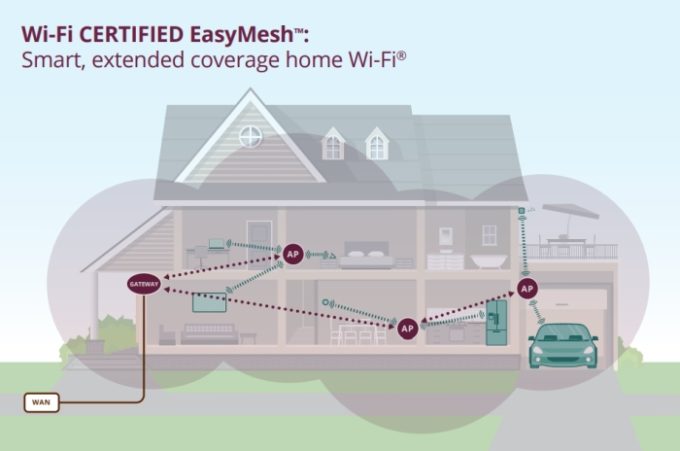 It’s called Wi-Fi EasyMesh, and it’s a platform that offers a “standards-based approach” to the problem.

In a nutshell, if your home networking gear supports the standard, it will let you use multiple routers and access points to flesh out a single wireless network, regardless of who makes those routers.

Wi-Fi EasyMesh also makes it easy to add new hardware to an existing network, and the technology can monitor network conditions and make adjustments automatically. Your phones, laptops, or other wireless devices should automatically connect to the appropriate access point as you move throughout your house.

Of course, this all depends on companies integrating the new technology into their routers. And it’s not at all clear that they’ll want to do that. After all, why make it easier for you to buy gear from their competitors?

The Wi-Fi Alliance suggests it’ll lead to improved customer satisfaction… and that’s probably true. But it’s telling that most of the testimonials accompanying the official press release come from chip makers, not the companies that actually make the routers you’d actually buy.