2018 is shaping up to be the year of the smartphone notch, as phone makers follow the lead of Essential and Apple and increase screen space by eliminating the bezels on the left and right sides of a phone’s front-facing camera.

Chinese phone maker Vivo showed a different solution at Mobile World Congress last month: a pop-up camera that hides away when you don’t need it and springs up when you do.

But it turns out Vivo may not have been the first company with that idea. Essential filed an application for a patent for a pop-out smartphone camera in 2016. 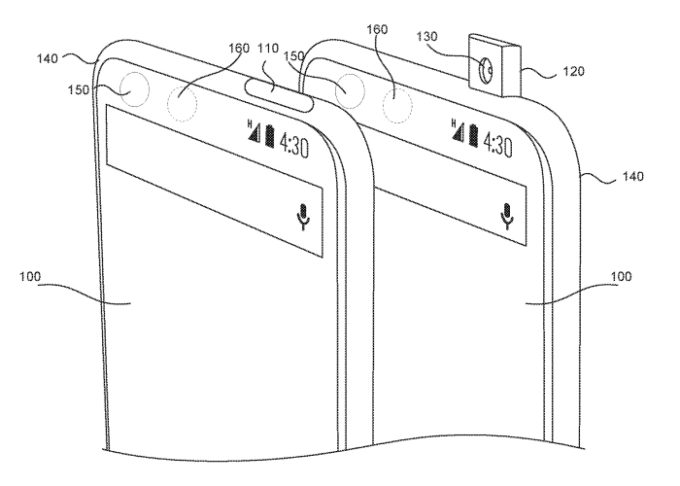 The patent is described as an “apparatus to maximize the display area of a mobile device,” and Essential was awarded the patent last year.

At the time the company didn’t make any public announcements, but Essential founder Andy Rubin tweeted a link to the patent recently in response to a comment about Vivo’s phone.

Does this mean Essential is also planning to release a phone with a pop-out camera? Not necessarily.

Essential’s first phone is a slim-bezeled smartphone with a display that wraps around a camera notch. It’s possible the company considered other ways to build a nearly all-screen phone, including the pop-out camera, but dismissed them in favor of the notch design.

But it’s also possible the company does plan to release another phone in the future that features a camera that hides inside the phone when it’s not in use.

Maybe 2019 will be the year of the pop-out camera?

Or maybe Essential’s patent will keep other companies from releasing phones with this design… at least in the United States. But since the patent is filed with the US Patent Office and Vivo doesn’t tend to sell its phones in the US, it’s unlikely that Essential’s patent will have much impact on Vivo’s decision about if and when to release the Vivo Apex.