After Canonical essentially gave up on developing Ubuntu Linux software for smartphones earlier this year, a group of developers at UBPorts decided to pick up where Canonical left off.

The community-based project doesn’t have the resources of a company like Canonical, but the developers still like the idea of running Ubuntu on smartphones, and so they’re continuing to develop the software and they’ve released official and unofficial builds for a number of devices.

Of course, one of the big problems with running anything other than Android or iOS on a smartphone is that the vast majority of mobile apps won’t work… but UBPorts is starting to show off their solution for that: Android apps can run natively on some Ubuntu phones. Kind of. 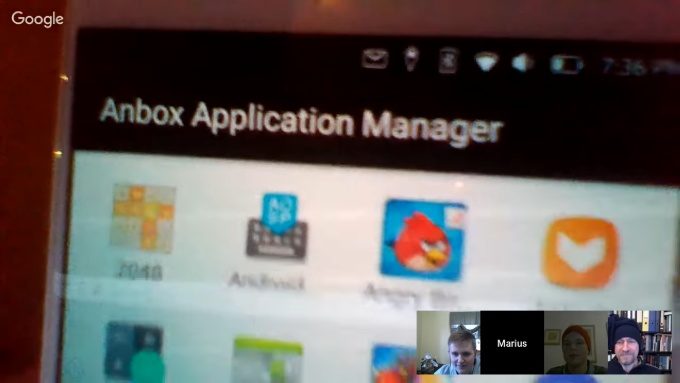 In the latest community update, the development team announced that their version of Ubuntu Touch supports Anbox, a tool we discussed earlier this year that makes it possible to run Android applications on GNU/Linux operating systems.

Anbox lets you run Android apps as if they were native applications by basically putting an Android system into a container that interacts with your device using the same Linux kernel as Ubuntu (or other GNU/Linux distributions).

At this point, Anbox for Ubuntu Touch is still very much a work in progress. Because of the way it’s containerized, it cannot yet support smartphone cameras or other hardware, for instance.

And the UBPorts developers say the software also requires relatively powerful, so it won’t work on all phones that can run Ubuntu Touch. Some cheaper BQ smartphones that originally shipped with Ubuntu, for example, probably won’t be supported… at least not initially.

Still, if you’ve been dreaming of an Ubuntu-powered phone that can run millions of Android apps, it looks like that dream is a little closer to becoming reality.