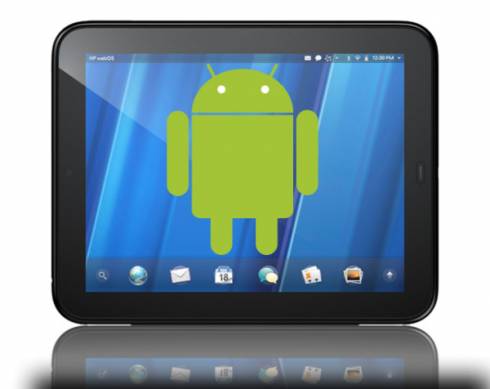 At $99, the recently discontinued HP TouchPad is a bargain even if you only use it as a digital photo frame… or an eBook app… or a device for surfing the web… or watching movies. But if you were hoping to pick up a cheap tablet and swap out the webOS operating system for something else, you have a few options.

First, you could try installing Ubuntu Linux. Second, you could try Android… or you could if there was a way to run Android on the tablet. While a team of talented developers have already put together a project to port Android to the TouchPad there’s not currently any easy way to run Google’s open source operating system on HP’s tablet.

While I suspect that the development teams don’t need any incentive other than cheap tablets and thousands of new customers that are hoping to install Android, there are two different efforts underway to offer a bounty to the first individual or team that gets Android to run on the tablet.

An anonymous member of the xda-developers community is putting up $500 to anyone that can get Android to run on the TouchPad. The community is accepting additional donations in case anyone wants to participate.

Meanwhile, the folks at HacknMod are hoping to offer up to $1500 or more. A basic Android port will net you $450, but there’s an extra $350 in it for you if you get WiFi working, plus additional bounties for audio, camera, and multitouch support. When you add them up you get $1500 — although HacknMod is only currently putting up the first $450 and seeking sponsors for the additional bounties.

It’s not entirely clear if the folks that get Android up and running first will be able to claim both bounties, but if so it looks like there’s about $2000 in prize money up for grabs so far.

Of course, when you consider all the time and effort that would go into actually porting an operating system to run on new hardware, $2000 is still small potatoes. But it’s nice to see a community starting to come together to say thank you for a job well done… in the future. Possibly.