When Samsung launched the Galaxy S8 smartphone earlier this year, the company also introduced a new system that allows you to connect your phone to an external display, mouse, and keyboard and use your phone like a desktop.

Up until now that’s meant when you use the Samsung DeX docking station you can run Android apps in a desktop-like environment. But soon you’ll be able to run a full-fledged Linux operating system.

Samsung says it’s developing an app called Linux on Galaxy that will let you load a DeX-compatible Linux environment. In other words, your Android phone could also be your GNU/Linux desktop PC. 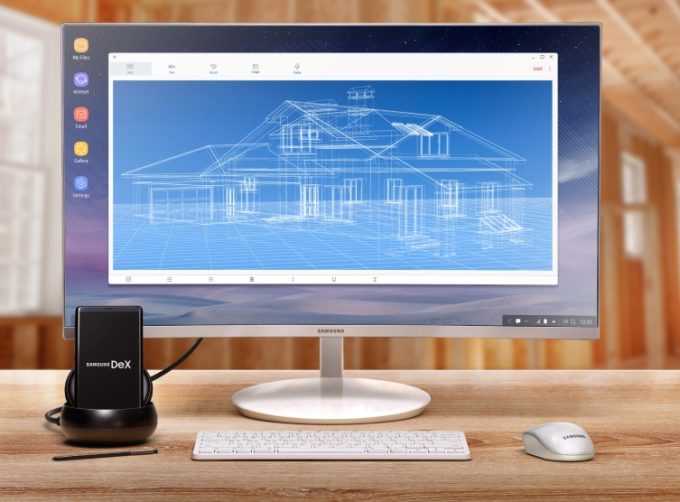 Developers have been finding ways to load Linux distributions on Android phones for years. But Linux on Galaxy is different in a few ways.

First, it’s an experience that’s built and supported by the company that makes the phone. Second, it’s designed to work with a DeX station, which means it’s optimized for desktop usage. And third, today’s top phones have processors powerful enough to run Windows 10, so they should be able to handle desktop operating systems like Ubuntu, Debian, and Fedora.

Linux on Galaxy is described as a work-in-progress and Samsung isn’t providing a lot of details about how it will work, what kind of Linux distributions or applications it will support, or when it will be available. But you can sign up to get more information when it’s available.

The Galaxy S8, Galaxy S8+, and Galaxy Note 8 should be supported.

In some ways, this reminds me of another (failed) attempt to combine Android and a Linux-based, desktop-like environment. In 2011 Motorola introduced the Atrix 4G smartphone and an optional laptop docking station. When you connected the Android phone to the dock you could run a desktop version of the Firefox web browser… thanks to a customized Linux environment. At the time Android wasn’t particularly laptop-friendly, so Motorola developed this odd workaround.

It didn’t really catch on and the product category was eventually scrapped… although we’ve seen renewed interest in the idea of laptop docks for phones in recent years.