Samsung already offers several smartphones with foldable displays including models that fold in half like a book and others that fold closed like an old-school flip phone. Now the company is showing off new flexible OLED display panels that could pave the way for different kinds of devices.

One is the S-foldable, a phone/tablet display with two folding points, effectively dividing the screen into three parts. Another is a Slideable display that rolls up inside the body of a device when you don’t need it, and slides out when you want extra horizontal space. 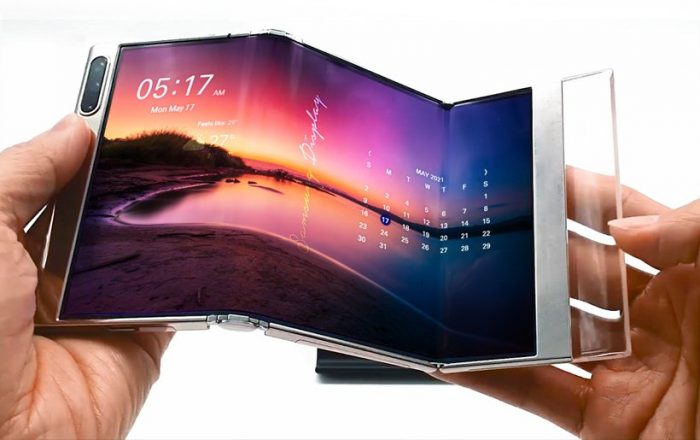 Samsung’s S-foldable display measures 7.2 inches diagonally when it’s fully unfolded, giving you a small tablet-sized screen. But it can be folded twice, once inward and once outward, giving the display an accordion-like design that lets you fold it up into a smaller, pocket-sized shape.

The company has provided fewer details about its new Slideable display, but a promotional image shows an expandable screen that looks similar to the ones used in the Oppo X 2021 and the cancelled LG Rollable. 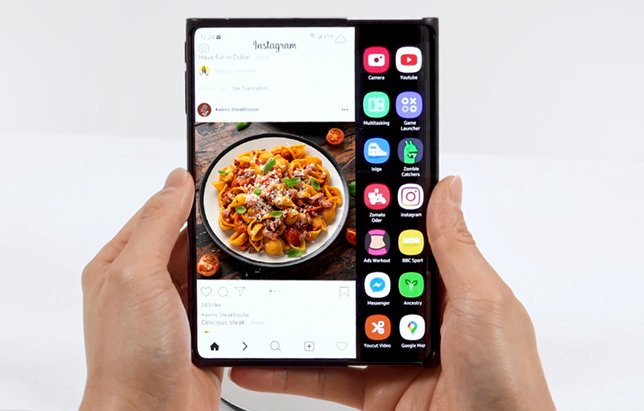 Samsung will provide demos and more details during the virtual SID Display Week 2021 exhibition. The company is also showing off a an under-panel camera system that could be used in upcoming slim-bezel laptops, as well as a 17 inch foldable OLED display with a 4:3 aspect ratio when unfolded, which could be used in tablets or laptops similar to Lenovo’s ThinkPad X1 Fold, which has a 13.3 inch foldable display.

Update: Samsung’s promo video for the new displays, posted to YouTube by Charbax, shows some interesting applications for the new screens. For example, the S-foldable display could be folded in a triangle and used as an alarm click, or held flat with three different screen sections used for multi-tasking with different apps running in each section.

As expected, the 17 inch screen could be used as a laptop or tablet.

And the slideable display can give your phone a little extra screen space when you need it.