On paper the new model looks an awful lot like the Samsung Galaxy Tab 10.1 that was released in 2011, but the new model ships with Android 4.0 and has a starting price about $100 lower than the original. 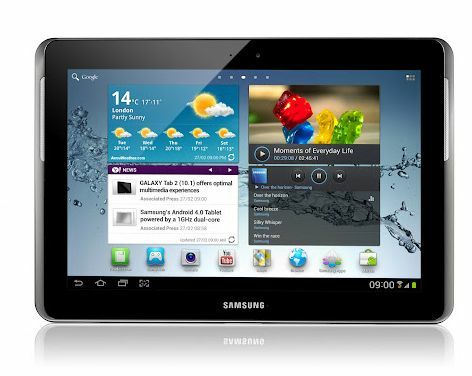 The tablet is less than 0.4 inches thick and weighs 1.3 pounds. It’s not quite as svelte as the original Galaxy Tab 10.1, but it does include one thing that Samsung’s first 10 inch tablet did not: a microSD card slot.

Samsung is also offering a $250 7 inch tablet called the Galaxy Tab 2 (7.0) starting April 22nd. There’s still no word on the price or release date for the company’s other new tablet, the Galaxy Note 10.1 which will feature a 10 inch display and a stylus for writing or drawing on the screen.