Samsung’s Galaxy A8 smartphones are usually a step behind the company’s Galaxy S devices in terms of specs, while still offering premium design. elements.

Now the company has unveiled its Galaxy A8 lineup and true to form they have less powerful processors and lower-resolution displays than the company’s Galaxy S9 phones.

Samsung says the Galaxy A8 and Galaxy A8+ will be available in January, 2018. The phone will probably be on display at CES. 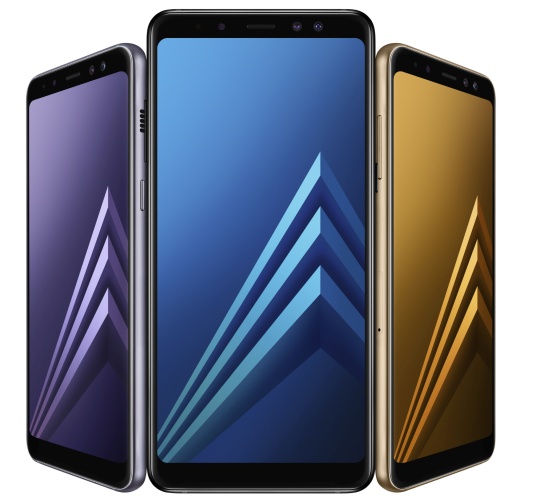 The phones come in two sizes:

While this isn’t the first phone with dual front cameras, it’s a little unusual to see two cameras on the front and just a single camera on the back.