The Samsung Galaxy Book2 Pro 360 is a thin and light convertible notebook with Samsung S-Pen support, allowing you to use the system as a laptop, tablet, or writing slate.

When Samsung first launched the Galaxy Book2 Pro 360 earlier this year it was available with a choice of 12th-gen Intel Core i5 or Core i7 processors. But now the company says it’ll introduce a new model in January that’s powered by a Qualcomm Snapdragon 8cx Gen 3 chip. 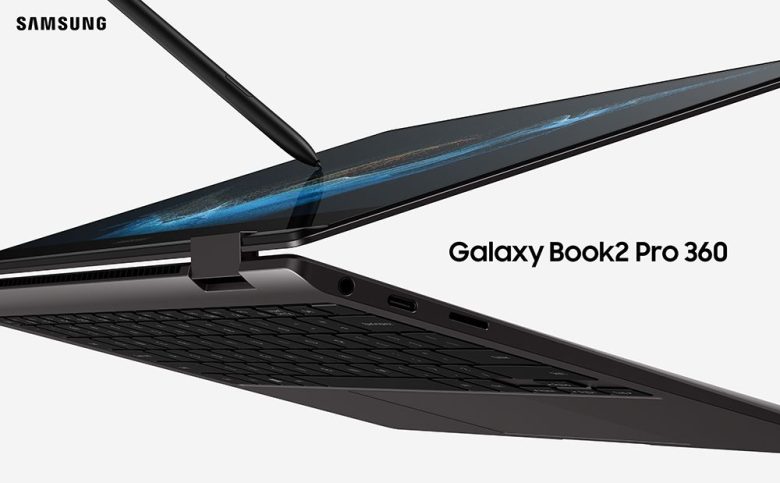 While those are the same dimensions as an Intel model with the same display size, there’s at least one advantage to the Qualcomm version – Samsung says it gets up to 35 hours of battery life while playing video (although I’d expect substantially less time for heavier-duty workloads). Intel models top out at 21 hours of video playback.

Windows on ARM computers do often get stellar battery life, they’ve also largely lagged behind their Intel and AMD counterparts when it comes to performance. Qualcomm says that the Snapdragon 8cx Gen 3 chip should be fast enough to help bridge that gap, delivering up to 85% better CPU performance than the Snapdragon 8cx Gen 2, and up to 60% faster graphics. But so far only a handful of companies have actually released products with the chip… and reviewers find that Windows apps that aren’t optimized to run natively on ARM can still be frustratingly slow.

All of which is to say that while the new Galaxy Book2 Pro 360 with a Qualcomm chip is a nice looking device, but I’m not sure if it’s going to be worth the asking price for folks who value performance over battery life. International pricing hasn’t been revealed yet, but Samsung expects to sell the new model for 1.89 million won ($1493) in South Korea.

The company will reveal more details about the upcoming convertible notebook on January 16, 2023.