The Samsung ATIV Book 9 Plus is an ultrabook with an Intel Haswell processor, a thin and light design, and a 13.3 inch screen. It’s that screen that really makes the notebook stand out: The ATIV Book 9 Plus has a 3200 x 1800 pixel touchscreen display.

Samsung introduced the ATIV Book 9 Plus in June, but conveniently forgot to mention a price or release date.

Now it’s available for pre-order in the US. Adorama is taking orders for $1398, and B&H is asking $1400. The notebook is expected to ship around August 20th.

Update: Samsung says the ATIV Book 9 Plus officially goes up for pre-order on August 18th, although that doesn’t seem to be stopping some stores from taking orders early. 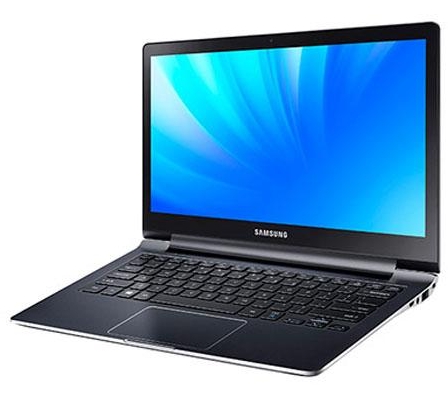 That’s a lot of money for a notebook, but good luck finding another laptop with this kind of display resolution for a lower price.

The rest of the specs are pretty much what you’d expect from a decent ultrabook, including a 1.6 GHz Intel Core i5-4200 Haswell processor, 4GB of memory, and a 128GB solid state drive.