Chinese chip maker Rockchip has been working to make sure Google’s browser-based Chrome operating system can run on devices with the new Rockchip RK3288 processor.

Now the company is showing off an early prototype of an RK3288-powered Chromebook which could be ready to hit the streets in the third quarter of 2014. 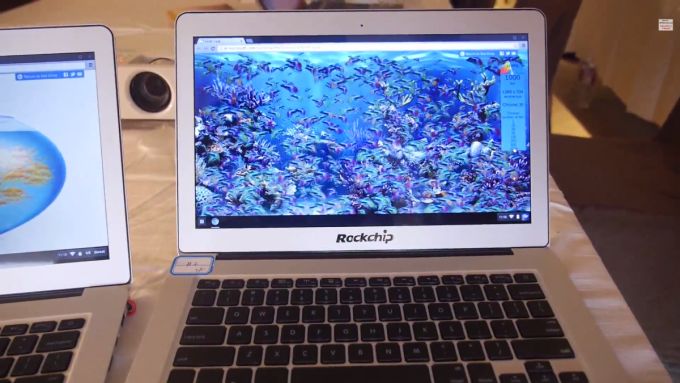 Charbax from ARM Devices got an early look at the Chromebook which is currently running Chromium OS, the open source version of Chrome.

Right now the only Chromebooks on the market with ARM-based chips use Samsung Exynos processors. Rockchip seems intent on changing that in the coming months.

While the company is showing off prototype laptops with Chromium OS, Rockchip makes processors, not tablets. So it’ll be up to the company’s hardware partners to decide if and when to bring Rockchip Chromebooks to market.

In the rambling 6 minute demo video, Charbax checks out a graphics performance test, watches full-screen video, and loads a website or two… and spends a lot of time trying to get the Rockchip team to explain the differences between Chrome OS and Chromium OS.