The Rikomagic MK80 TV box has an Allwinner A80 octa-core processor, while the MK12 has an Amlogic S812 chip. 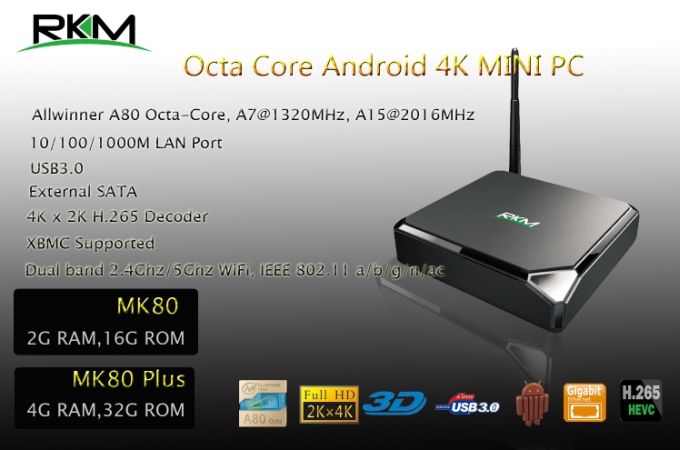 All of these devices run Google Android 4.4 KitKat with custom, TV-friendly app launchers. This isn’t the same thing as Google’s new Android TV… which is a good thing if you’re hoping to run apps that don’t officially support Android TV and a bad thing if you want a truly TV-friendly user experience. 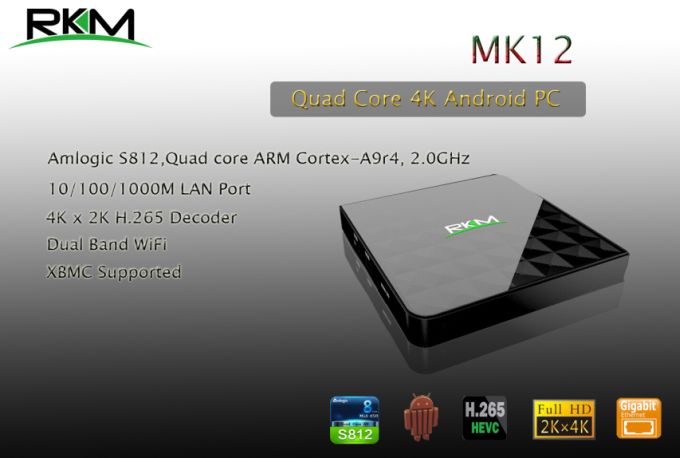 Each of the new models should be able to handle 1080p HD video playback. Rikomagic says they can also both handle H.265 4K video playback, but I’ve learned to take such claims with a grain of salt.

There’s also one more new Rikomagic box on the way: the MK05 is basically a less powerful version of the MK12. It had an Amlogic S805 ARM Cortex-A5 quad-core CPU rather than the faster S812 Cortex-A9 chip.