Purism is a startup that sells a couple of laptops that ship with free and open source software and tools that give users more control over their privacy and security. Now Purism is hoping to do the same thing with a smartphone.

After announcing last year that the corporation was considering building a smartphone, Purism is making it official: its first smartphone will be called the Purism Librem 5 and it’ll sell for $599 and up…. with an estimated ship date of January, 2019.

Purism is launching a crowdfunding campaign today, and the team is outlining some of the things they’re planning to do with the phone. They should sound familiar to anyone who’s watched the corporation’s efforts in the laptop space. 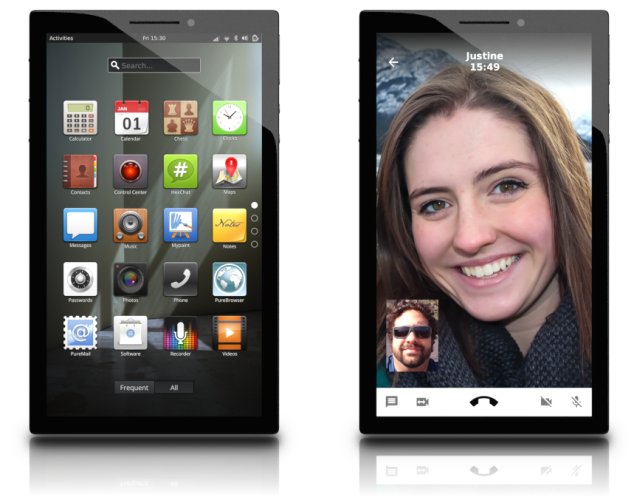 First up, the Librem 5 will run PureOS software, which is a free and open source GNU/Linux-based operating system, although users will also be able to install a different GNU/Linux distro if they choose (and if they can find one that supports the hardware).

Second, there’s an emphasis on privacy and security, with features including:

Purism founder Todd Weaver says the software will have a user interface that’s based on the GNOME desktop environment. But he doesn’t have much to say at this point about how the phone’s basic functionality will compare with Android, iOS, or other mobile platforms.

At this point, the focus is on offering a functional alternative to those largely proprietary operating systems. Yes, Android is open source, but only when Google decides to release the code. And much of the core functionality of Google’s mobile operating system has been moved to proprietary components such as the Google Services Framework in recent years.

The Librem 5 might not be able to run the millions of mobile-optimized apps that are available on competing platforms on day one (or day 500 most likely). Purism is playing up the fact that the phone will suport web apps including YouTube, Twitter, Instagram, and MLB.

But if it makes phone calls, sends text messages and email, surfs the web, and plays music and videos I’m sure there’s a niche market for a phone that does all of those things and puts users in control of every aspect of the OS.

Whether there are enough people in that niche market willing to pay $599 or more for a phone that fits that description remains to be seen, but it sounds like after gathering feedback from potential customers, Weaver figure’s it’s at least worth a shot.

Since the Librem 5 is basically running a mobile-optimized version of a desktop operating system, you can also use it as a desktop when you connect a keyboard, mouse, and monitor. 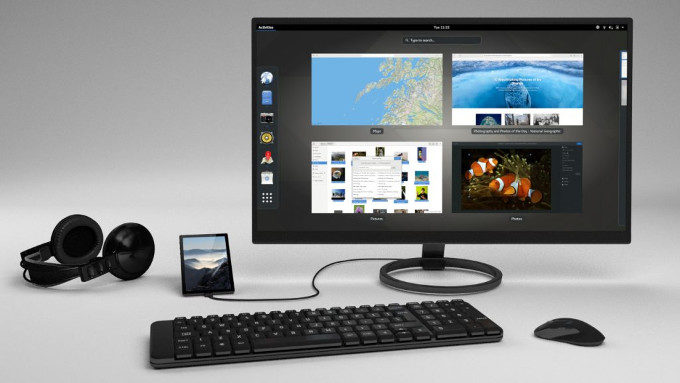 Purism wouldn’t be the first organization with plans to build a phone that runs a mobile-friendly version of a GNU/Linux operating system originally designed for desktops. But Canonical has pretty much given up on developing Ubuntu for phones.

Meanwhile, Samsung’s latest Android phones do have some desktop-like functionality when used with a Samsung DeX docking station. And the handful of people using Windows 10 Mobile phones with supported hardware can make use of the company’s Continuum for Phone software to use their phones like pseudo-desktop PCs.

It’s worth noting that Purism isn’t committing to shipping a phone with no proprietary code. While the CPU, GPU, and bootloader will all work with free software, Purism is still evaluating potential WiFi and Bluetooth chips and firmware. The plan is currently to “invest time and money toward freeing any non-free firmware,” but it’s possible the phone might ship with some proprietary blobs to support some hardware components.

The Librem 5 will likely ship with an NXP i.MX6 or i.MX8 ARM-based processor. It will have Vivante graphics, 3GB of RAM, 32GB of eMMC storage, a microSD card slot, front and rear cameras, a headphone jack, WiFi, Bluetooth, and USB and a mic and speakers hooked up to kill switches.

In addition to the $599 phone option, crowdfunding campaign backers can pledge $299 for a developer kit that should ship about half a year sooner, in June, 2018.

There are also options for Librem 5 phones bundled with a keyboard, mouse and monitor to allow you to use the system as a desktop. With prices starting at $1399, it’s probably cheaper to bring your own monitor… unless you just want to overpay to help fund the project.

Purism says if the Librem 5 project doesn’t hit its crowdfunding goal of $1.5 million, the company will scrap the project and issue refunds to backers.