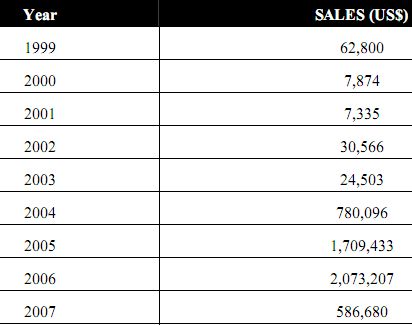 It looks like we’re in for what could be a long and protracted legal battle over the right to use the word “netbook” for commerce purposes. Because it doesn’t look like either Intel or Psion are going to back down. In 2008, Intel, along with an enormous group of computer makers, retailers, journalists, bloggers, and consumers starting using the word to describe low cost ultraportable computers like the Asus Eee PC. But Psion, which was known once upon a time for making PDAs and handheld computers, has owned the trademark for years, even though the company stopped producing laptops under the Netbook name in 2003.

Psion has been sending letters to companies using the term asking them to stop. And last week, Dell and Intel each responded by taking legal action and asking the US to cancel Psion’s trademark. Psion responded publicly by stating that it does too still sell Netbooks, even if it doesn’t produce them anymore. And now it appears the company has also responded to Intel’s complaint by asking for a jury trial.

In a nutshell, Psion refutes most of Intel’s claims other than the obvious ones (like the names of the companies and the fact that there appears to be a disagreement here). But Psion then goes on to cite some sales figures demonstrating that the company does in fact still sell netbooks in the US, and that the company’s trademark is being hurt by the dillution of the term — even if (or because) Psion only sold $60,900 worth of Netbook Pro products in the US last year, and $13,640 this year.

I’m not a lawyer, but it looks to me like Psion would have a pretty good case here. Except the company was clearly absent for most of a year while the world started to adopt netbook as a generic term. Psion claims that the term hasn’t yet become generic, but I think that ship has kind of sailed already.

Basically Psion is asking the court to bar Intel and others from using the term netbook, and asking for the netbook.com domain name which is currently registered to Intel to be transfered to Psion. Oh, and money. The company want to be compensated for the damages caused by Intel’s infringement — and that profits Intel made off of its infringement be transfered to Psion. So yeah, just in case you had any doubt what this whole thing was about. It’s about money.