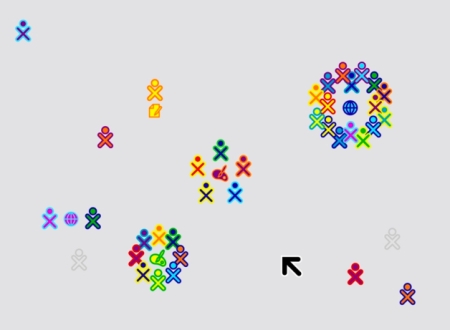 The One Laptop Per Child Foundation’s XO Laptop was designed to be cheap, durable, and usable in places without consistent access to electricity or the internet. And so one of the features that distinguished the first generation XO Laptop was the inclusion of “mesh networking,” which let computers create local networks by searching for other XO Laptops nearby and forming connections. You could even share an internet connection this way, if one user was near a WiFi hot spot, and there was a chain of OLPCs long enough to provide someone a half mile or more away with internet access.

But it looks like that feature has been dropped from the latest XO Laptops. The XO 1.5, which features a faster processor than the original XO, doesn’t do mesh networking.

That’s kind of a shame, because mesh networking was one of the most innovative features of the XO Laptop. But the OLPC folks have had a series of setbacks over the past few years, and have had to scale back their vision several times, so this is really the least of anyone’s worries.

Still, it’s arguable that Nicholas Negroponte sparked the netbook revolution with the original OLPC XO Laptop, so it’s not like the project was a complete failure. It’s also led to other interesting projects such as Walter Bender’s Sugar OS educational operating system and Mary Lou Jepsen’s Pixel Qi display technology for low power screens that can be used indoors or out. Maybe we’ll see someone take up the banner of mesh networking in the future… although it’s the kind of technology that really does seem like it would be most useful in the developing world.