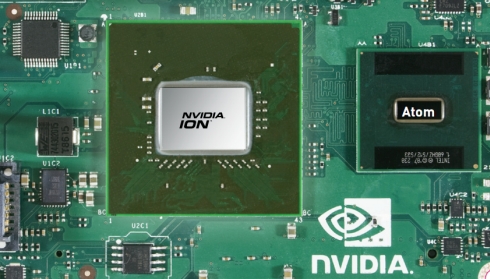 NVIDIA has introduced a slight variation on its ION platform, which bundles a low power Intel Atom processor with higher performance NVIDIA graphics. The new NVIDIA ION LE is pretty much exactly the same as the first generation ION, but according to Fudzilla, ION LE only supports DirectXv9, not DirectX 10.

ION LE is designed for netbooks and nettops running Windows XP, while the fuller featured version of the NVIDIA ION platform will support DirectX 10 and is expected to be bundled with computers running Windows 7.

Microsoft has been offering low cost Windows XP licenses to netbook and nettop makers for the last year or so, which helps keep the price of these computer down. It also helps keep them from competing with higher end systems. It’s likely that NVIDIA can also cut some costs, which may or may not be passed along to the consumer, by supporting DX9 but not DX10, at least until Windows 7 is widely available.