The Nitro Duo is a small computer with a 5 inch touchscreen display, a full-sized USB port, a docking connector, and a series of programmable buttons for launching apps or performing other actions.

Actually no, scratch that. The Nitro Duo isn’t a small computer with those features. It’s two. 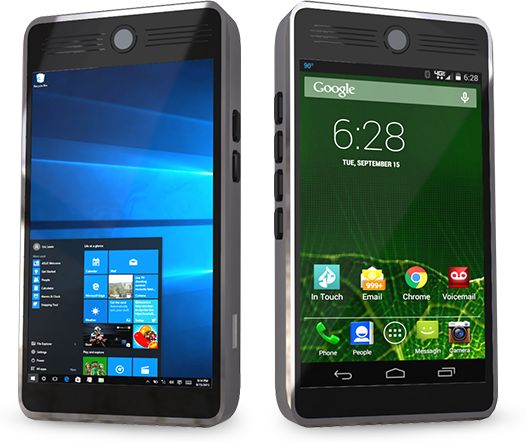 Under the hood this device features the guts of two separate computers. There’s a Windows PC with an Intel Atom Z3745 Bay Trail processor, 4GB of RAM, and a 256GB solid state drive. And there’s also an Android phone with a Freescale i.MX6 Quad ARM Cortex-A9 processor, 2GB of RAM, an 8GB SD card for storage and a 4G LTE modem.

Why not just have a single set of hardware that can dual-boot Android and Windows? There are a few reasons. First, there are some Android apps that don’t play well with x86 chips (although fewer than there used to be). And second, the Nitro Duo doesn’t have to reboot to switch from one operating system to the other. You can run both at the same time and flip back and forth with the press of a button.

The Nitro Duo is the brain child of SL-Interphase CEO Shane Lewis, who is showing off a few prototypes at CES this week. They’re very rough-around the edges. But they show that it’s not only possible to build this type of device, but that it can essentially be done with off-the-shelf components.

His prototype uses a 5 inch, 800 x 480 pixel TN LCD display and a Xilinx FPGA for power management by putting unused hardware to sleep when it’s not in use and keeping the necessary bits running when you switch between platforms.

If you plug in a USB keyboard, for instance, it will only work with whichever operating system is in focus. So you won’t accidentally end up typing something in Windows when looking at an Android screen. 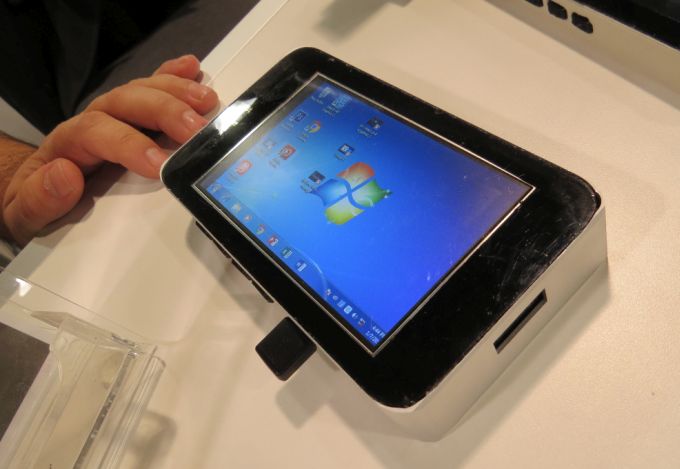 Future models could have a better screen, a slimmer case, or other improvements. And he’s hoping to make the case thinner, because while the prototype is kind of small for a Windows tablet, it’s enormous for an Android phone.

There’s also a desktop docking station that includes HDMI, Ethernet, and three USB ports, as well as a charger for the Nitro Duo. 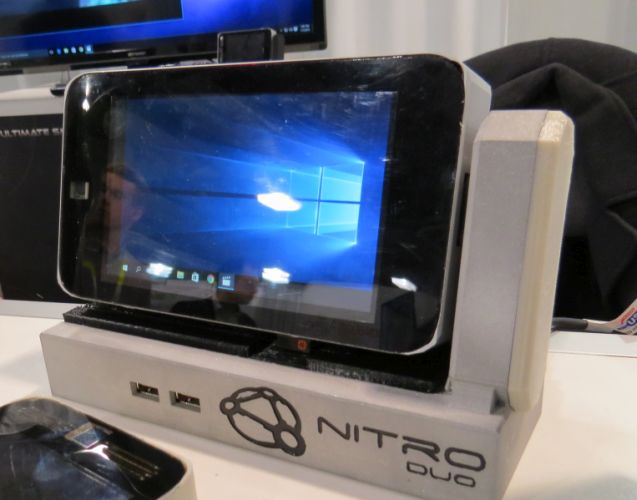 The prototype units Lewis is showing off have a rather hand-made aesthetic to them, and he’s having some issues getting Windows 10 drivers to work with the desktop dock, so he has Windows 7 running on one unit. He’s also currently using Android 4.4 KitKat, but eventually hopes to get more recent versions of Android to run on the Nitro Duo.

Since the system has an x86 chip, it’s not just limited to running Windows though. Lewis says users would be able to install other operating systems such as Ubuntu. And since this isn’t a dual-boot system in the traditional sense, you wouldn’t need to worry about partitioning the hard drive if you wanted to replace Windows with Ubuntu without touching the Android system. Of course you could always make it a dual-boot system by installing Linux alongside Windows rather than erasing Windows to make room for a different OS. 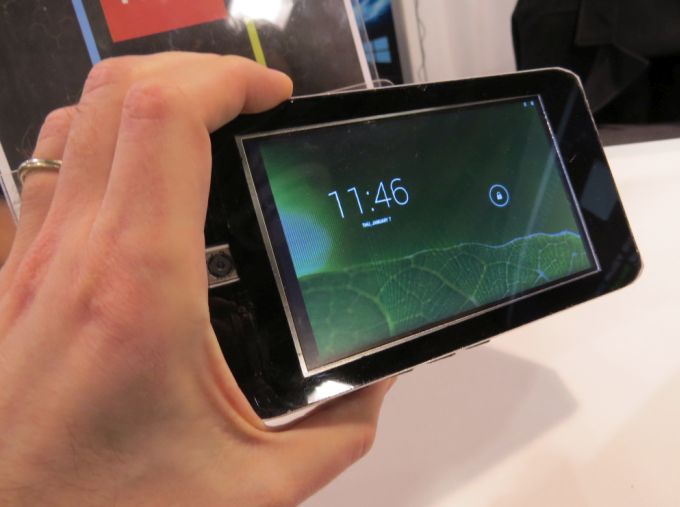 Lewis has experience building custom hardware for enterprise customers, but he wanted to gauge whether there was demand for a consumer device like the Nitro Duo, which is why he brought it to CES. He’s considering running a crowdfunding campaign later this year.

He’s not really sure yet how much the Nitro Duo would cost if it hits crowdfunding or retail, but when I asked about that, he said maybe somewhere in the vicinity of $799. That might sound high considering the fact that device has a 2013-era Atom processor and a Freescale ARM-based chip that launched in 2012.

But this is currently a device that fills a very unusual niche, and it’s not cheap for a small operation to put together this type of hardware.

Recent Windows phones like the Lumia 950 and Acer Jade Primo have gotten a lot of attention thanks to their Continuum for phone software that lets you connect an external display and run some apps as if they were desktop apps. But Continuum for phone has some pretty strict limitations: it can only run Universal Windows apps. It can only run them in full screen. And you don’t get the desktop user interface unless you’re using an external display.

The Nitro Duo is a device for people who’ve looked at their Android phone and wished it truly ran a desktop operating system. There might never be a huge number of people who fit that description, but I kind of like living in a world where a product like this could conceivably exist for the few hundred people who might want one.

That day hasn’t exactly arrived yet though. As I mentioned the prototypes Lewis is showing off are still kind of buggy and there are probably a fair number of obstacles that would need to be overcome before the Nitro Duo is ready for mass production (even in relatively small batches). It’s possible this device will never move past the prototype stage at all.

But after strolling through aisle after aisle of “hoverboards,” action cameras, fitness trackers, and VR headsets at CES this year, it was nice to see someone with a project that really didn’t look like anything else on the show floor.