The developers of the popular open source XBMC media center application have started porting the software to run on Google Android. The app isn’t available from the Google Play Store yet, but the source code is available — and that’s led some folks to compile it and create installable pre-release versions of XBMC for Android.

If you want to keep up with the latest changes, there are now unofficial nightly releases available. 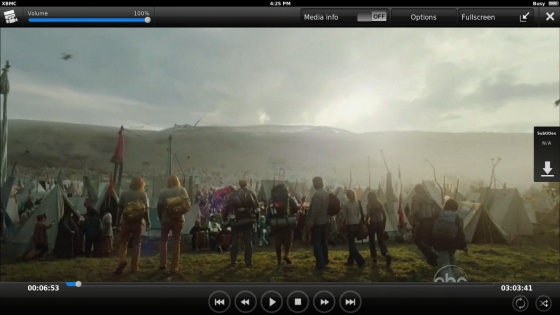 There are two versions of XBMC for Android available at the moment. Make sure to check the list of supported devices to see whether you should use the build for NEON or non-NEON devices.

XBMC for Android, may still be in the pre-release stage, but it’s already one of the most powerful media center applications available for Android. It can play audio and video files in a wide range of formats, supports playback of media from your device or from shared network drives, and works with a number of add-ons that let you access online media from sites inclduing PBS, CollegeHumor, and the BBC iPlayer.

While the default user interface is designed for use on a big-screen TV, you can download a touchscreen-friendly skin such as retouched and install it using the add-on manager.

The media center application is also available for Windows, Mac, and Linux computers.

One reply on “Nightly builds of XBMC media center for Android”