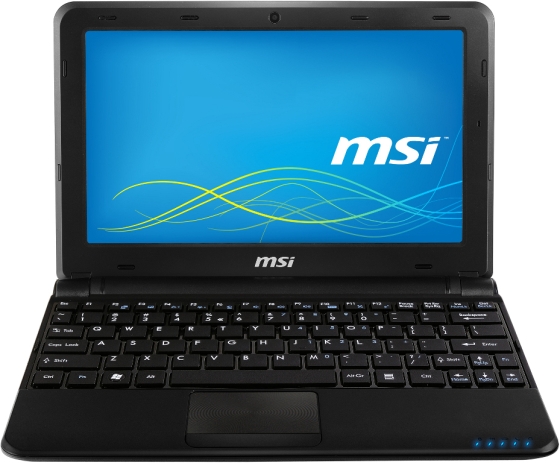 MSI is probably better known for making motherboards than computers, but a few years ago the company was one of the driving forces in the netbook space. MSI was one of the first companies to release netbooks with 10 inch displays, Intel Atom processors, and decent keyboards.

Recent MSI products haven’t really pushed the boundaries of portable computing as much as the MSI netbooks of 2008, but the company is at least keeping pace with its competitors.

A new netbook called the MSI Wind U180 is up for pre-order in Germany for under 350 Euros. It has a 1.86 GHz Intel Atom N2800 Cedar Trail processor and GMA 3650 graphics with support for 1080p HD video. Some models also appear to feature HDMI output.

The rest of the specs look like they were taken out of last year’s playbook. The Wind U180 has 1GB of RAM, a 320GB hard drive, a 0.3MP webcam, and Windows 7 Starter Operating system. The netbook also has a 10.1 inch, 1024 x 600 pixel display and a design that hasn’t changed much in nearly 4 years.

There’s no word on if or when the MSI Wind U180 will go on sale in the US, but I’d be surprised if the company didn’t at least bring a few demo units to the Consumer Electronics Show in Las Vegas next week.

One reply on “MSI Wind U180 netbook has Cedar Trail inside”