The Motorola Moto X Play is a smartphone with a 5.5 inch, 1080p display, 2GB of RAM, a 21MP camera, and a 3630 mAh battery. And it’s not currently available in the US, where Motorola only sells the Moto X Pure Edition, which has a bigger, higher-resolution display, more RAM, and a smaller battery.

But soon you may be able to buy a version of the Moto X Play in the United States. Verizon is expected to offer it as the Droid Maxx 2. An official announcement is probably coming October 27th, but details about the new phone keep leaking. 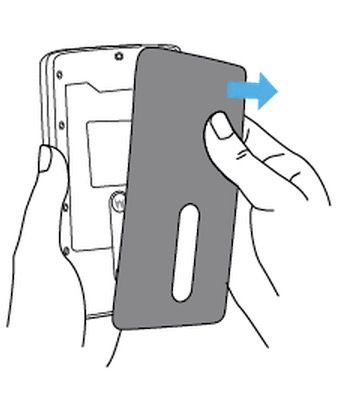 We learned in August that Motorola would probably rebrand the phone as the Droid Maxx 2. This week we got two more clues:

As TechnoBuffalo notes, the documents confirm that the Verizon version of the phone will have a removable back panel that lets you change the phone’s color or design without using Motorola’s web-based Moto Maker tool.

Unless Verizon and Motorola have made any other changes, we can expect the Droid Maxx 2 to feature a Qualcomm Snapdragon 615 processor, up to 32GB of built-in storage, dual ISM card slots, 802.11n WiFi, Bluetooth 4.0, and NFC.

Verizon is holding an event on October 27th to announce the latest additions to its Droid line of smartphones. It’s likely that the Droid Maxx 2 will be just one of the phones introduced.