Many of next year’s flagship phones will likely feature Qualcomm’s new Snapdragon 8 Gen 1 processor, a 4nm chip that Qualcomm promises will bring faster CPU and graphics performance along with efficiency improvements.

But Motorola is the first company to officially introduce one of the flagship phones: the Moto Edge X30 will feature a 6.7 inch FHD+ OLED display with a 144 Hz refresh rate, up to 12GB of RAM and 256GB of storage, and Qualcomm’s most powerful smartphone processor to date. 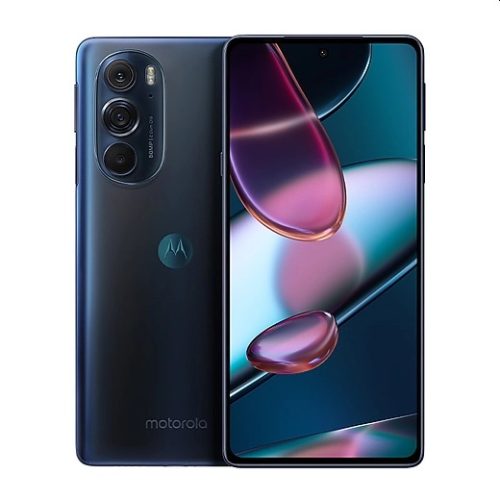 Motorola unveiled the Edge X30 during an event in China, where it will go on sale December 15 for around $500 and up. There’s no word on if or when the phone will be available in other countries or if any specs will change. But here’s what we know about the Chinese version so far:

Most versions of the phone will have a cut-out in the display for the front-facing camera, but Motorola will also offer a Moto Edge X30 Under-Screen Camera edition with 12GB of RAM, 256GB of storage and an under-display camera for $630.

via xda-developers and TechRadar and Weibo