Seeing all the cool new gadgets is nice and all. But one of the highlights of CES is getting a chance to catch up with bloggers and journalists from around the globe who I rarely see in person… if ever. This week was the first time I’d ever gotten a chance to meet Chippy from UMPC Portal, Nicole from Netbook News, or jkkmobile. Unfortunately my efforts to get everyone in the same room at the same time and take an enormoug group shot of the people who write about tiny computers was thwarted. But here’s a bit of photographic evidence that some of these folks really were here.

Above you see the cast and crew of jkOnTheRun, along with me and jkkmobile. And yes, people confuse jkk and jkOnTheRun all the time, but I don’t think they look anything alike.

Update: Now with 100% more Chippy and Sascha, plus a cameo appearance from Levar Burton and the back of Brent Spiner’s head. See below

Here’s a photo of Nicole, Chippy, and me: 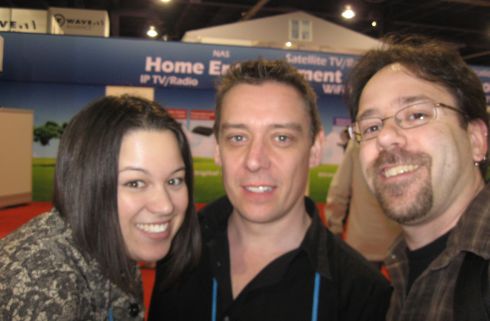 The awkward camera angle is explained by the fact that I’m stretching out my arm to take this photo. The same is true of this picture I shot with Sascha from NetbookNews.de this afternoon. 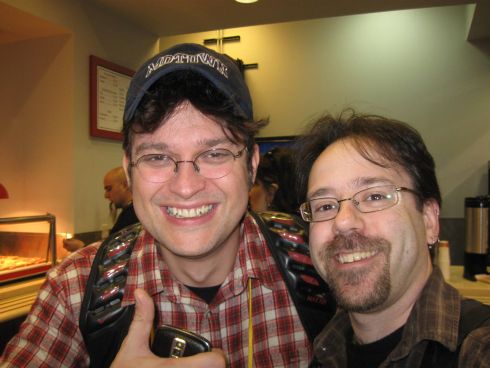 And last, but not least, while I couldn’t convince Nicole to run up and get her picture taken with Levar Burton and Brent Spiner from Star Trek: TNG, I did manage to get this shot that makes it look like she’s standing next to Levar… no photoshop required. No, her head is not really that much bigger than his. 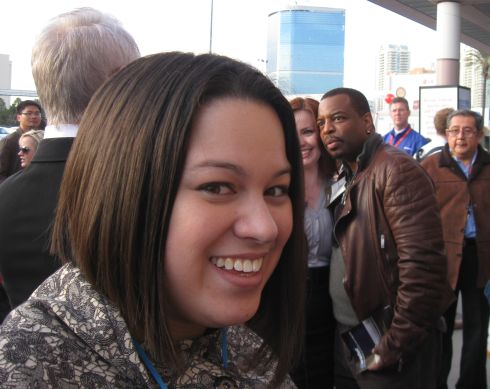 The partial Notebooks.com crew joined jkk and Nicole for this shot. I didn’t manage to get photographic evidence, but I also got to hang out a bit with the folks from Laptop Magazine, my buddies Dave and Mari from ZatzNotFunny, and dozens of other cool folks from across the globe.

People keep asking me if I’ve been having fun at CES, and the truth is I’ve been so busy that I haven’t stopped to think about it. But I guess the answer would have to be yes.