Before Apple popularized the ideas of on-device app stores, third party stores filled that niche. If you had a Palm Pilot or Windows CE or Pocket PC device, odds are you downloaded some apps from a store like PocketGear, Handango or MobiHand.

But the app store business isn’t what it used to be. If you have a Windows Phone, Android, or iOS device, odds are there’s an app store built right into your phone or tablet. So it’s not surprising to see the one of the largest third party app stores is closing up shop. 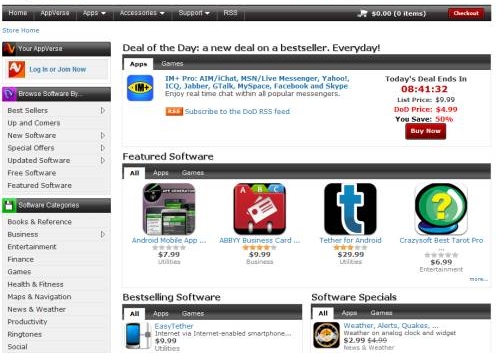 MobiHand has announced that it’s shutting down after eight years in operation. You can no longer create a new account or purchase new apps from the store.

Existing customers will be able to login to their accounts for the next few days and re-download apps they’ve already purchased. So if you’ve bought apps in the past from MobiHand, but don’t currently have them on your device or saved on a hard drive, now might be a good time to login.

You can also get activation codes for apps you’ve already purchased. But you won’t be able to upgrade apps, get new apps, or do much of anything else.

This might not just be a case of a company folding due to an outdated business model. N4bb reports that MobiHand has been withholding payments to developers and has been sued over the process.

It sounds like the company may have had cash flow problems for a while… and the lawsuit could be the last straw.