Dual-screen laptops are starting to become a thing… but UK-based Expanscape wants to go further than that. Much further.

The company is revealing prototypes of two multi-screen devices:

Both systems are just engineering prototypes at the moment, and Expanscape hasn’t shared any details about things like pricing, performance, physical dimensions, or battery life. But the company says it hopes to begin manufacturing and selling systems soon… possibly even before the designs are finalized. 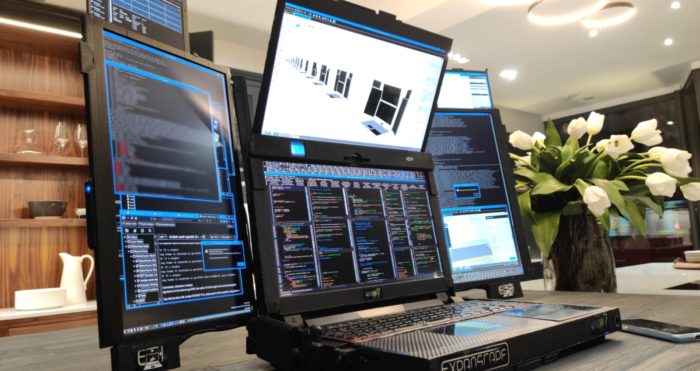 This prototype is based on a heavily modified ODM laptop sporting an Intel Core i9-9900K processor and NVIDIA GeForce GTX graphics.

But while the ODM laptop had just a single screen, the Aurora 7 has… a whole lot more:

One of the large displays is pretty much where you’d expect it to be. The other three are spread out above it and to the sides, and two of the small screens are placed atop the side displays. Honestly I’m not sure why you’d really want/need those displays, but I guess it gives the laptop a slightly more uniform height when fully opened. 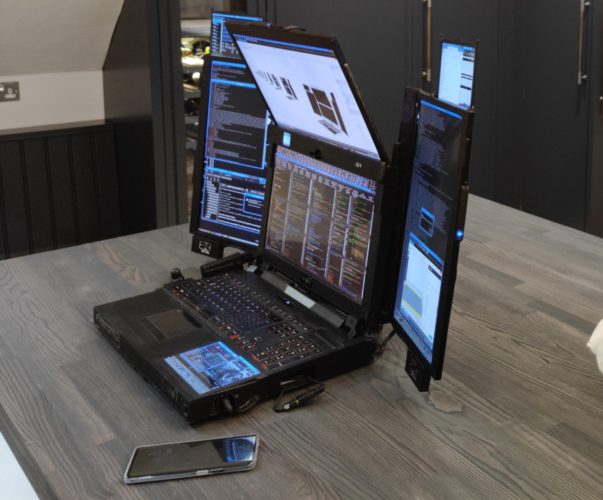 The final 7 inch display is embedded in the palm rest and it supports multi-touch input, giving you an interactive display panel beneath the laptop’s motherboard.

I suspect this is a laptop with battery life that’s best measured in minutes, not hours. But it’s certainly more portable than most computers with this many screens.

Or at least it should be… it’s telling that Expanscape hasn’t shared any images of the laptop when it’s folded up. I have no idea if it’s even possible to collapse these screens gracefully.

This protoype looks… slightly less crazy? Maybe that’s only because I’ve spent a lot of time with handheld computers, but for the right price, I could actually see some folks buying a dual-screen handheld. 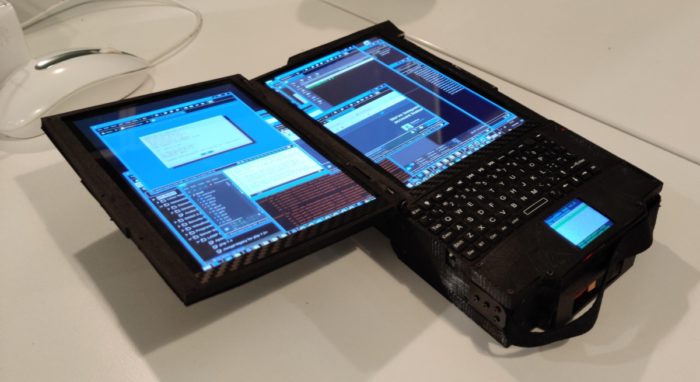 Anyway, the TeenySERV Duo is basically a chunky Windows table with a 7 inch, 1920 x 1200 pixel display, a backlit thumb keyboard, and way more horsepower than you’d expect from a handheld, thanks to an unspecified Intel Core i7 quad-core processor, 64GB of RAM, and NVMe solid state storage.

But then there’s that second 7 inch, 1920 x 1200 pixel display with you can flip open to get more screen space on the go.

Theoretically, the TeenySERV Duo is a pocket-sized device… if you have really, really large pockets. Realistically, it’s more of a compact computer you can stuff in a small bag. 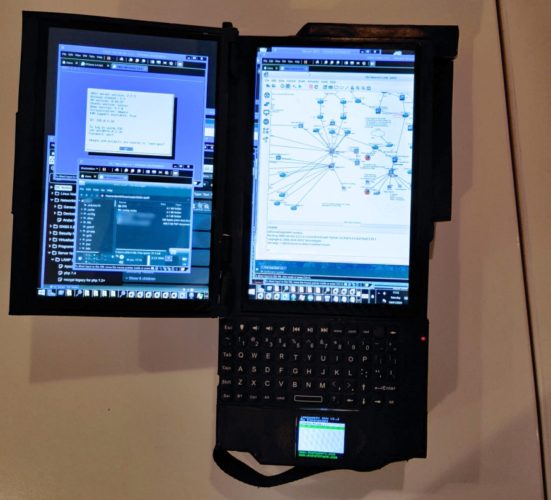 Again, there’s no information about the pricing for either device — and I’m not really going to hold my breath waiting for either to come to market. But they are certainly some of the more unusual gadgets unveiled this week .

Update: It turns out the prototypes are not at CES, but they were revealed to week, with more details said to be coming soon.

You can also keep up on the latest developments (if there are any), by following what appears to be the brand new @ExpanscapeUK account on Twitter.