Less than two months after launching the MINISFORUM HM50 compact desktop computer with an AMD Ryzen 5 4500U processor, MINISFORUM has introduced a higher-performance model with a Ryzen 7 4800U processor.

The new MINISFORUM Elitemini HM80 is available for purchased from the company’s online store, with list prices starting at $859, but a $100 discount for the first 100 customers. 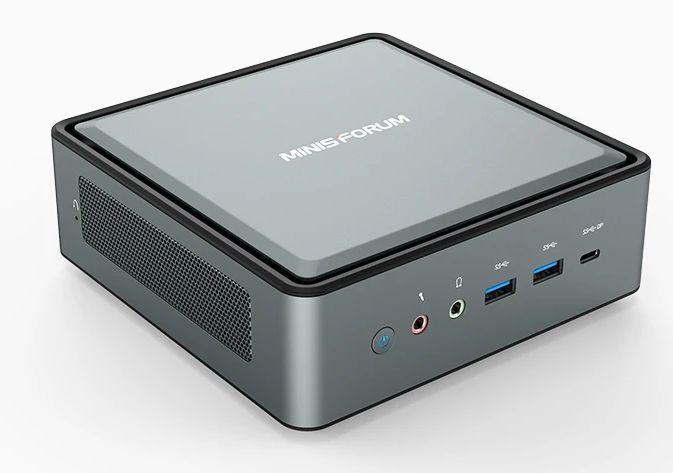 For the most part, the new computer looks identical to the HM50. It has the same 5.9″ x 5.9″ x 2.2″ chassis, the same selection of ports, and the same memory and storage capabilities (there are 2 SODIMM slots for DDR4 memory, an M.2 2280 slot for PCIe SSD storage, and two 2.5 inch drive bays for hard drives or SSDs).

But the Ryzen 7 4800U processor should bring significantly better performance in many situations:

Both computers should be able to support up to three 4K displays thanks to HDMI, DisplayPort, and USB-C ports, but the Ryzen 7 4800U is probably better suited for light gaming or other GPU-intensive applications, although its worth noting that neither chip is really a graphics powerhouse and since the MINISFORUM Elitemini HM80 lacks a Thunderbolt port, it cannot be used with an external graphics card.

The company does indicate that you can enter the BIOS to adjust the dedicated video memory from anywhere between 512MB and 2GB though. 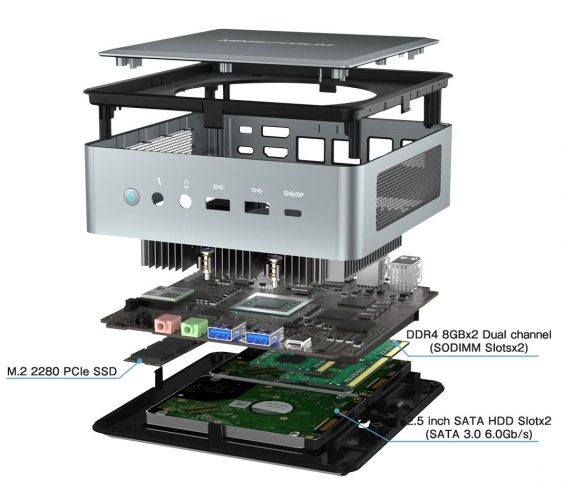 The starting price gets you a model with 16GB of RAM and a 256GB SSD with Windows 10 Pro pre-installed, but MINISFORUM also sells a 32GB/512GB model for $70 more.