Microsoft has long positioned its Surface tablets as laptop alternatives. But it looks like the company was poised to offer something very different in 2014. We already knew that Microsoft had planned to launch an 8 inch tablet called the Surface Mini, only to cancel launch plans at the last minute. And we had a pretty good idea of the specs and design.

Now we finally know what it looks like too. 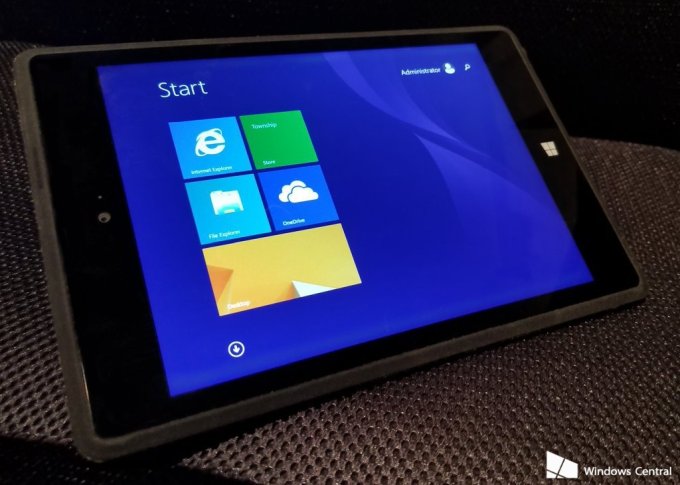 The site also confirms that the tablet featured a Qualcomm Snapdragon 800 processor, 1GB of RAM, 32GB of storage, and an 8 inch, 1080 x 1440 pixel display. It ran Windows RT software, featured a 3-position kickstand built into the back, and came with a Surface Pen.

But unlike every other Surface tablet to date, the Surface Mini was not designed to work with a keyboard. I mean, you could probably connect a Bluetooth keyboard or attach one to the micro USB port. But there was to be no Touch Cover or Type Cover.

Instead, the the tablet was designed first and foremost for finger and pen input. It had thick bezels, but a soft “case-like” material that made it comfortable to hold in one hand while writing with the other. And there was a dedicated button that you could tap with the Surface Pen to open Microsoft OneNote.

Windows RT was often criticized for its limited functionality when compared with Windows 8.0 and Windows 8.1. But on a device with a smaller screen and no keyboard, an operating system designed for touch input that lacks the ability to run many desktop apps makes a lot more sense.

Of course, that wasn’t the only problem with Windows RT. It also had to compete with Android and iOS, which both have a much larger ecosystem of applications. These days Microsoft makes Office and other apps available for those platforms — if you can’t beat them, join them.

But Microsoft has also done a lot to make the full Windows 10 operating system functional on both desktop and tablet-style devices. With the upcoming release of Windows 10 for ARM, maybe it’s time for the company to give an 8 inch pen-friendly tablet another try.