Chinese computer maker Mele is expanding its PCG02 line of pocket-sized desktop computers with a new “Pro” model that’s the first in the series to support an optional M.2 2280 PCIe NVMe SSD.

The new Mele PCG02 Pro is available now for $200 and up. The entry-level model is a pocket-sized computer with a fanless design, an Intel Celeron J4125 Gemini Lake Refresh processor, 8GB of RAM, and 128GB of eMMC storage. But you can pay for additional eMMC storage or bring your own storage upgrades thanks to that M.2 2280 slot and a microSD card reader. 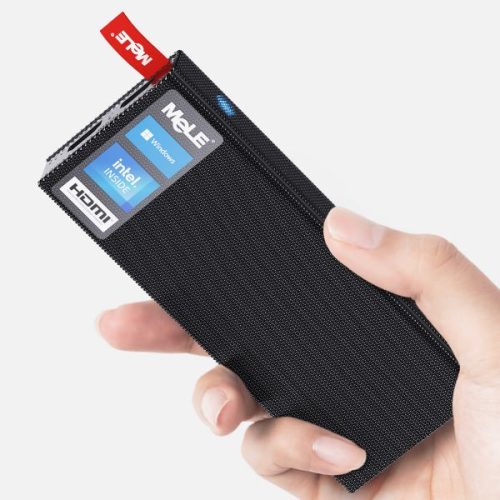 Earlier members of the PCG02 family were PC-on-a-stick devices with an HDMI connector that allowed you to plug the computer directly into the back of a TV or monitor without using an HDMI cable.

The new model is a bit larger in order to accommodate the PCIe slot, so instead of a built-in HDMI connector, this model has two HDMI ports. The upshot is that you can now easily use the same mini PC to drive up to two displays. 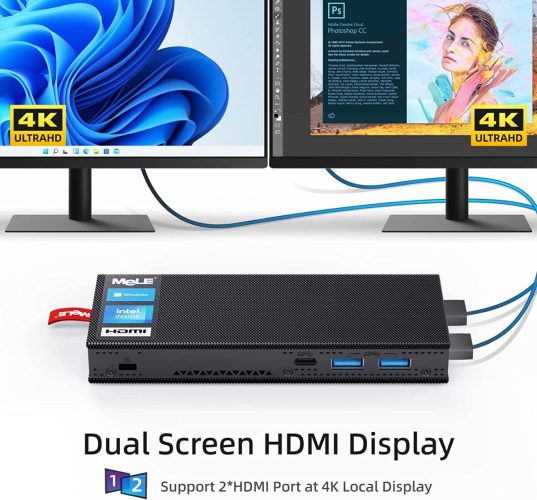 Mele offers the PCG02 Pro with up to 512GB of eMMC storage and says you can add up to a 4TB PCIe NVMe or SATA SSD. The microSD card reader also supports cards up to 2TB.

Mele ships the PCG02 Pro with Windows 11 Pro pre-installed, but the system should also support most GNU/Linux distributions.

One thing to keep in mind when looking at the product page at Amazon is that Mele also offers versions of the PCG02 Pro with a newer, higher-performance Intel Celeron N5015 processor based on Intel’s Jasper Lake architecture. These models, which sell for about $220 and up, should deliver better CPU and graphics performance. They also offer better wireless capabilities. But despite the fact that they’re the same size as the Celeron J4125 models, they do not support PCIe M.2 2280 storage.

Here’s a run-down of some key specs for the different models: