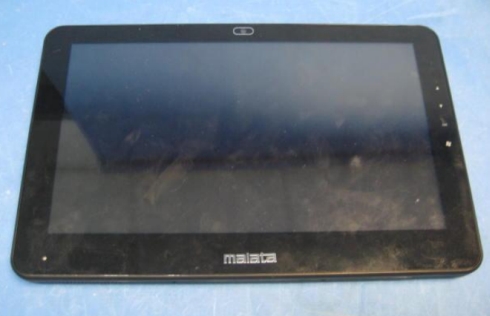 Chinese PC maker Malata doesn’t tend to sell a lot of products in the US, but the company’s upcoming PC-A1001 tablet has made an appearance at the FCC web site. That’s a good indication of… well, something. It’s possible that Malata will try to sell this device in the States, or maybe another vendor will rebrand the tablet and sell it under a different name.

It’s also possible that Malata is just hedging bets — some companies simply look for FCC approval on all of their new devices with wireless components just in case it becomes necessary down the road, even if they have no current plans to launch in the US.

If you’re wondering what a Windows tablet looks like with its lid off, you can also see some internal photos of the PC-A1001 after the break.

Malata has also been showing off a similar looking tablet with a dual core NVIDIA Tegra ARM-based processor and Google Android for the past few months.

2 replies on “Malata Windows 7 tablet passes through the FCC”