Nintendo was one of the pioneers of the handheld gaming space, and the company’s latest game consoles bridge the gap between living room and handheld gaming.

But hackers have been making their own handhelds out of Nintendo hardware for years — and one of the latest examples is a portable Nintendo Wii mod called the Louii.

It looks like a handheld gaming device, but under the hood lies the beating heart of a Nintendo Wii, which means it runs games developed for Nintendo’s 2006 game console with no software emulation required. 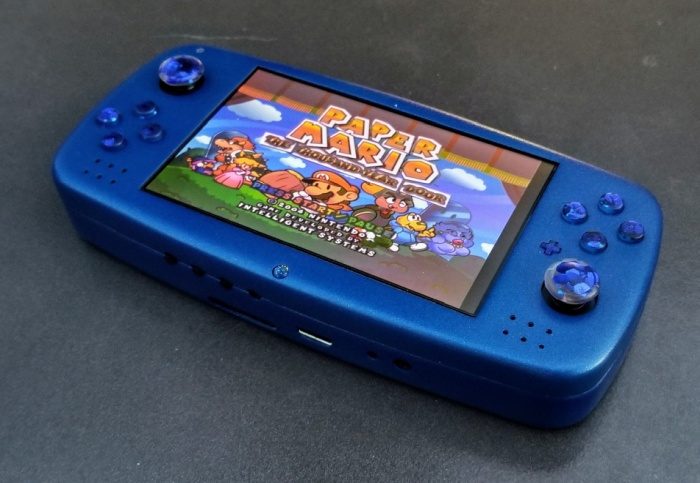 Developed by BitBuilt forum member GingerOfOz, the Louii is a one-of-a-kind design at the moment. But he’s considering building more units for folks willing to pay for a Louii.

GingerOfOz has also released open source design files so that folks with the required skills can build their own.

The Louii is about 1.1 inches thick and features a 480p display, speakers, a headphone jack, and rechargeable batteries, game controller buttons and sticks, and an LED light that can function as a battery indicator.

While there’s obviously no room for an optical disc drive, the Louii features a microSD card that’s used for storing games.

GingerOfOz says the system gets around 4 to 5 hours of battery life. While the game controller used in this system is a GameCube-style controller, you can also pair a WiiMote and sensor bar if you want to use motion controls… but that’s a bit of a wonky way to use a handheld device. Hackers are working on tools that may eventually add support for WiiMote emulation in the future though.

A few months ago we reported on a DIY handheld that crammed Wii hardware into an Nintendo Game Boy Advanced SP-style case. And last year another hardware hacker built the KillMii, a ridiculously small Wii-based console-in-an-Altoids Tin (with lousy battery life and buttons too small to really use).

But the Louii looks like one of the more usable entries in this space.

It ain’t cheap though — if you decide to commission one, GingerOfOz notes that it will cost about as much as a Nintendo Switch plus a bunch of games for that console.