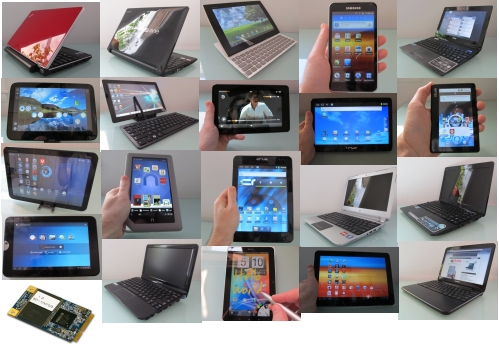 We’ve been following affordable ultraportable computers at Liliputing since netbooks first hit the scene in 2008. While 2011 wasn’t a great year for new and interesting mini-laptops, this is the year when mobile tablets hit the scene. Big time.

Here’s a roundup of some of the products we’ve given in-depth reviews in 2011:

I’m looking forward to seeing what 2012 brings to my review desk. With the launch of Intel’s Cedar Trail platform I expect to see a few new netbooks, as well as AMD Fusion-powered laptops. But I know there will also be a big push for ultrabooks with larger screens and more powerful processors.