The latest version of Firefox for Windows can download and install updates in the background, enabling you to update by just restarting the browser when you’re ready. A day after posting a video showing a GNU/Linux distribution running on the Kobo Clara HD eReader, developer Martijn Braam reports that display graphics issues have been largely resolved by reducing the color palette.

And Apple is now selling a $99 battery pack that attaches to the back of iPhone 12 series smartphones magnetically. It’s convenient… but it’s also a pretty small battery that will probably only give you a few hours of extra run time, if that. 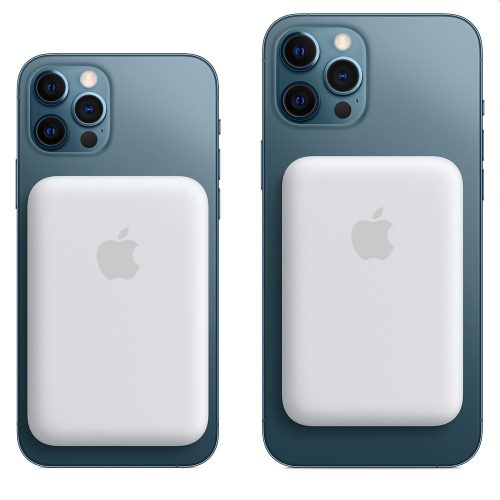 Apple Launches $99 MagSafe Battery Pack [MacRumors]
Apple is selling a MagSafe battery which attaches to the back of iPhone 12 series smartphones magnetically to deliver a bit of extra battery life on the go via 5W wireless charging. For $99 though, you might expect more than a 1460 mAh/11.13 Wh battery.

Firefox 90 Release Notes [Mozilla]
Firefox 90 is now available and, among other things, it supports installing updates in the background (on Windows), a new about:third-party page for identifying compatibility problems (Windows), support for logging in with Facebook in private browsing, and working hyperlinks when using print-to-PDF.

Mini Raspberry Pi Server With Built In UPS [The DIY Life]
This tiny homemade server is made from a Raspberry Pi 4, a custom case, battery backup, cooling system, and a 128 x 64 pixel OLED display for status information. Of course, there’s no room for an internal HDD or SSD, but you can connect one to a USB port.