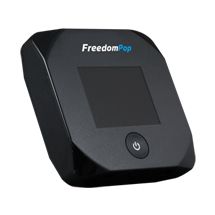 FreedomPop has an unusual business model. You can buy one of the company’s devices and use it to access the internet for no additional charge. FreedomPop offers up to 500MB of data on the Clearwire 4G WiMAX network for free.

But WiMAX isn’t available everywhere, so now the company is branching out into 3G. The new FreedomPop OverDrive Pro 3G/4G hotspot is available for just $40 and lets you use whatever network is available.

Interestingly only 4G is free. You’ll need to pay $4 per month for 3G access (although the first month is free), with additional data running 2 cents per megabyte. Or you can get 2GB of data on either network for $20 per month.

Here’s a roundup of some of the day’s tech news from around the web.

One reply on “Lilbits (4-24-2013): The webOS phone that never was, FreedomPop expands its network”