Notice something missing? Any mention of RT in the cheaper tablet. Since Microsoft is also continuing to offer last year’s model as an entry-level device, it’s not surprising that the company has updated the name — it’s now just called the Microsoft Surface. 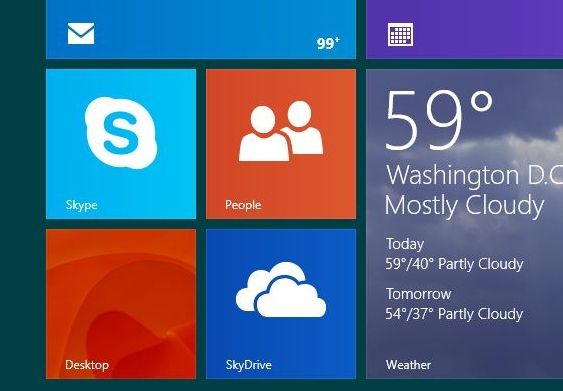 So a basic Surface tablet runs Windows RT, which means it has an ARM-based processor and support for Modern UI apps downloaded from the Windows Store, but can’t run most older Windows apps in desktop mode.

To help keep things distinct, Microsoft is also eliminating the Desktop tile from the Start Screen on Surface and Surface 2 tablets. You can still get to the Desktop, but it takes more taps or clicks — and the only app you can really run in desktop mode is Microsoft Office.

It does seem a little odd though, that by taking “RT” out of the names, Microsoft seems to be blurring the lines between the Surface and Surface Pro tablets — but by making access to dekstop mode even more limited in Windows RT tablets, the company’s kind of emphasizing the differences. Surface tablets primarily run touch-friendly Modern apps, Surface Pro tablets run all Windows apps.