This summer the folks at Purism announced they wanted to raise $1.5 million to create a smartphone that runs free and open source GNU/Linux software and includes hardware kill switches to give users more control over their privacy and security settings.

The Librem 5 crowdfunding campaign got off to a slow start and looked like it was going to fizzle out like other ambitious phone projects that came before.

But the campaign picked up steam in recent weeks, following announcements that Purism was getting support from GNOME and KDE developers. And today the Librem 5 hit its goal, raising more than $1.5 million. 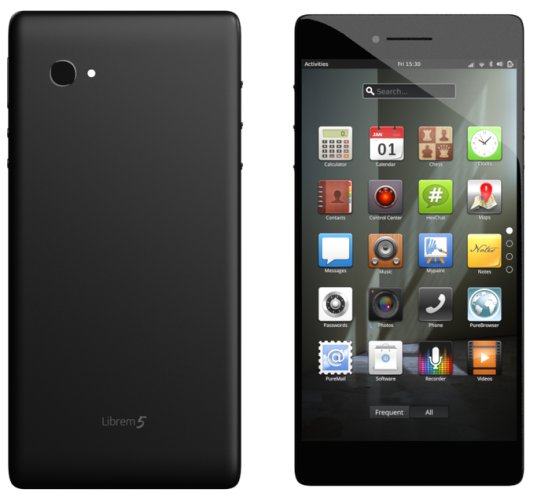 That means the first developer kits should ship in June, 2018 and the first phones could go out in January, 2019 if everything goes according to plan (which it probably won’t because, you know, crowdfunding campaigns…)

But there are a few reasons to think that the phone will ship eventually. Purism has managed to release a few laptops already, including the Librem 13 v2 I reviewed recently, and the organization is getting ready to release its first tablet. And they all have a few key features including:

The Librem 5 has the same basic features, but in a phone-sized device. A few things will be different: the operating system will need to be customized to work on a small touchscreen display and Purism is working to get everything up and running on a device with an NXP i.MX6 or i.MX8 processor. And it’s a bit trickier to use only open source software on a phone, since most cellular radio basebands are proprietary.

So Purism will include a hardware kill switch fro the baseband as well as for the camera, mic, and WiFi and Bluetooth features.

The phone is expected to have a 5 inch display, 3GB of RAM, 32GB of storage, a microSD card slot, front and back cameras, a headphone jack, and everything else you’d expect from a modern phone… except for the Android or iOS software that power most phones.

Instead, the Librem 5 will ship with a version of the PureOS Linux distribution, but the device will be unlocked in a way that allows users to load different operating systems on the phone.

It’s too early to say whether this is a recipe for a good phone or for one that will be popular. But while bigger organizations like Mozilla (which cancelled its Firefox OS project) and Canonical (which has given up on Ubuntu for phones) were hoping to create new platforms that could compete with Android or iOS, Purism is a social benefit corporation that’s serving a smaller niche of users that want free and open source products that respect their privacy.

Sure, Purism would probably be happy if millions of people wanted to buy its phones. But I don’t think the organization would be disappointed with only a few thousand orders… and since the phone is designed to run open source software it’s likely that independent developers will be able to continue creating code for it even if Purism eventually ceases production, ends support, or goes out of business.

It’s still early days and it’s a good idea to be skeptical of any crowdfunding projects, especially one for a product that’s not even supposed to ship until more than a year from now. But I’m cautiously optimistic that now that the Librem 5 campaign has met its fundraising goal, the phone will actually exist… eventually.