Tired of smartwatches that can only run for a day or two before you have to plug them in and recharge the battery? Japan Display will begin shipping a new low-power screen next month which could help device makers offer smartwatches with longer battery life.

The company says its new display can use as little as 0.5 percent as much power as a typical LCD display, although that doesn’t mean it’ll last 200 times longer. 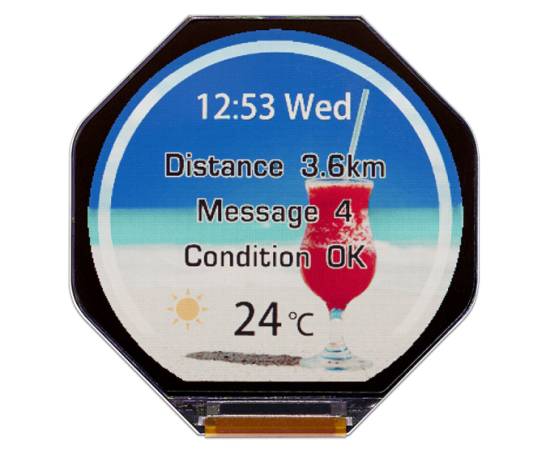 First, it’s worth noting that while displays are among the most power-hungry elements of a smartwatch, there are other components including the processor and Bluetooth hardware which use energy too. Second, some smartwatch screens aren’t running at full brightness all the time: they either turn off or dim when they’re not in use.

Still, Japan Display’s new screen could reduce power consumption dramatically since it’s designed to show color text and graphics without a backlight. Not only does that mean the screens use less power than traditional LCD displays, but they’re also easier to view in direct sunlight.

Japan Display says its screens also feature memory built into the pixels of the display, allowing a watch to display a static image without using much electricity.

The 1.3 inch, 320 x 300 pixel screen capable of displaying 262 thousand colors. There’s no word on whether any smartwatch makers have contracted with Japan Display to actually use the screen, but the display maker says samples will begin shipping in March with mass production scheduled for July.