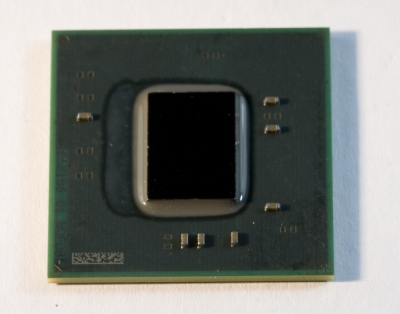 If you couldn’t tell by the introduction of the new Dell Inspiron Mini 10 and Asus Eee PC 1005P, Intel has officially pulled the veil back on its next-generation Atom processors. The new 1.66GHz Atom N450 and 1.83GHz N470 chips are destined for upcoming netbooks, while the D410 single core and D510 1.66GHz processors will grace nettops, all-in-one PCs, and other low power desktops.

What makes the new Intel Atom Pine Trail platform different from the Diamondville platform that’s been around for the last year and a half is that the new chips will feature integrated graphics and memory control functions. In other words, while the GMA 950 graphics that come with most Intel Atom N270 processors exists on the chipset, the GMA 3150 graphics that you’ll get with an Atom N450 processor are on the same chip as the CPU.

In practical terms, the new chips will use about 20% less power and feature a lower thermal design. That means it will be easier for PC makers to design smaller, thinner, and occasionally fanless netbooks. It also means that all things being equal, you should get better battery life from a Pine Trail netbook than one using the Diamondville chipset.

What you will not notice is huge bump in graphics or processor performance. The new Atom chips are more efficient, and in some cases a little more powerful. But they aren’t designed to bridge the gap between existing Atom processors and more powerful chips such as Intel’s CULV line. They’re meant to power the next generation of low power netbooks and desktops, which are generally defined as low power devices. And as battery life has become increasingly important in this space, the one major advantage you’ll probably notice is that the new chips help provide longer battery life.

The new Atom chips are designed using a 45nm process and they’ll use Intel’s new NM10 Express Chipset, which means that instead of getting a processor, memory controller, and chipset, now you just have the chip and chipset. The Atom N450 TDP including the chipset will be just 7 watts. The D410 chip + chipset will have a TDP of 12 watts, while the dual core D510 version will have a TDP of 15 watts including the chipset.

Intel says that we can expect over 80 netbook designs soon from major PC makers including Acer, Asus, Dell, Fujitsu, Lenovo, MSI, Samsung, and Toshiba. The new models will start to hit the streets on January 4th, just before CES. Most will run Windows 7 Starter or Home Basic, while some models will be available with Moblin Linux.

The new Atom chips are designed using a 45nm process, and they’ll all use Intel’s new NM10 Express Chipset.

You can check out a brief video overview from Intel after the break.