The first Intel Compute Cards are coming this fall. Barely bigger than a credit card, the Compute Card is basically the foundation of a modular PC.

Under the hood, a Compute Card has a low-power Intel processor, memory, storage, and just about everything else you need to run a modern operating system. But it’s not really designed to be a standalone PC. Instead it’s designed to slot into smart TVs, laptop or desktop docks, or other devices… allowing you to swap or upgrade cards at will instead of buying a whole new device.

First unveiled at CES in January, the Compute Card is set to begin shipping in August, 2017. 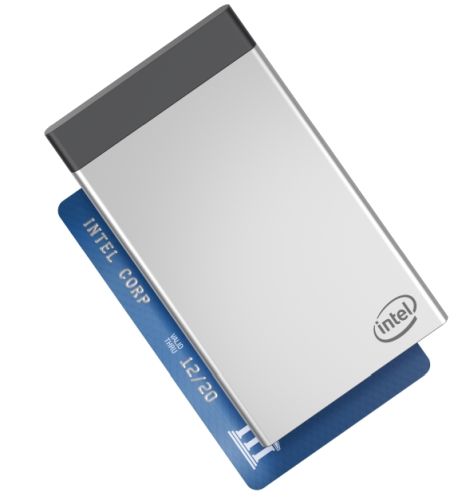 Intel made the announcement at the Computex show in Taiwan, where the company also spelled out a few new use cases.

First up, Compute Cards could be used in VR headsetssta… like the HTC Vive, which Intel demonstrated working wirelessly using Intel WiGig tech.

We already knew that NexDock plans to launch a laptop shell that’s powered by a Compute Card. But now Intel has revealed a few bigger-name partners. Dell, LG, and Lenovo all plan to offer products designed around the Compute Card platform.

Intel has also unveiled a new Docking System designed to help developers integrate Compute Card support into their devices… or which could be offered as a standalone solution that lets you use a Compute Card as a desktop computer.

Slide a Compute Card into the dock and you get USB 3.0, Ethernet and HDMI and/or DisplayPort functionality. 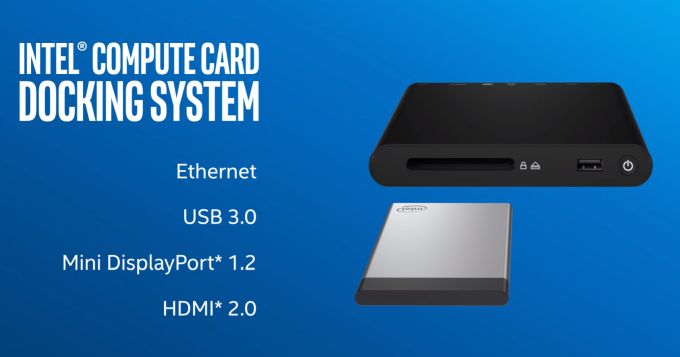 While Intel still hasn’t had much to say about the spec sheets for these little compute modules, we recently learned that Intel plans to launch models with Celeron N3450, Pentium 4200, Core M3-7Y30, and Core i5-7y57 processors. Each version should have 4GB of RAM with entry-level models featuring 64GB of eMMC storage and higher-end versions using 128GB of PCIe SSD storage.