Intel started shipping 8th-gen Core processors for laptops this year, but so far we’ve only seen a handful of 15 watt quad-core chips designed for thin and light computers. Now it looks like higher-power, higher-performance chips are on the way.

Images posted on Chinese service Tieba allegedly shows a computer with an Intel Core i7-8720HK processor, which could be one of several new laptop chips that use the same Coffee Lake architecture as Intel’s 8th-gen desktop chips. 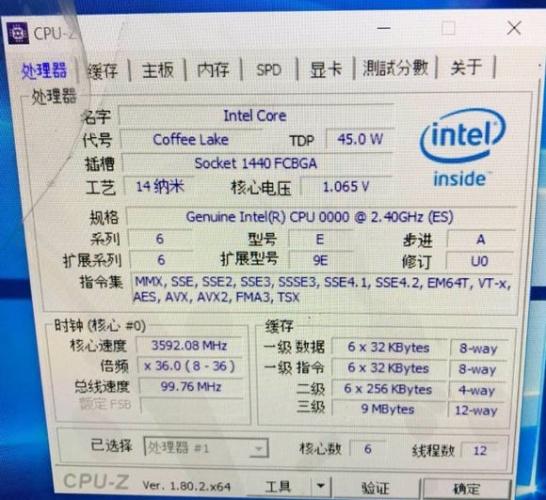 According to the pictures, what we’re looking at is a 45 watt, 6-core chip with a base clock speed of 2.4 GHz.

Meanwhile, CPU Monkey has a listing for the Core i7-8700HQ chip, which seems to have similar specs. It looks like a significant upgrade over the Core i7-7700HQ, with more CPU cores, more cache, and a slightly higher graphics clock speed, among other things. The new chips are also said to support DDR4-2666 memory, up from the DDR4-2400 RAM supported by their equivalent 7th-gen chips.

There do seem to be a few areas where the new chip might be a step down. It has lower base and burst CPU frequencies. The architecture update and addition of two more CPU cores should make up for that in multithreaded applications. But tasks that only use a single CPU core may suffer a bit.

Of course, we should probably take all of these specs with a grain of salt until Intel officially announces the new chips.

via NotebookCheck and TechPowerUp