Google may not advertise the Nexus 5X as having a user replaceable battery, but if you’re the sort of person that doesn’t mind dissecting your gadgets, it looks like you can dig out the battery… along with a bunch of other parts. It’ll take a bit of work though.

That’s one of the takeaways from iFixit’s teardown of the Google Nexus 5X. 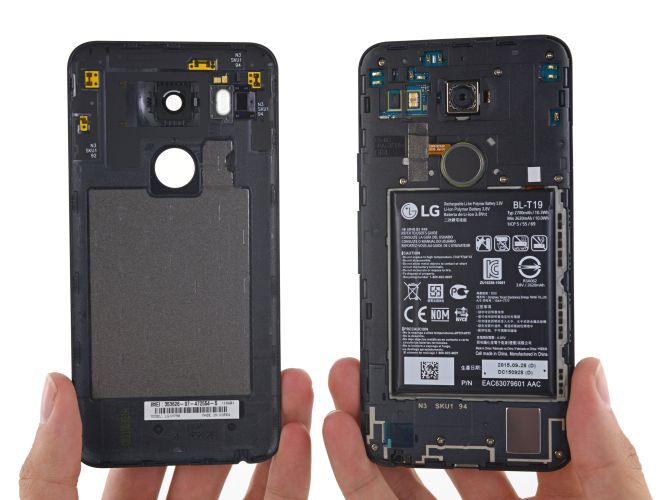 Another is that while the Nexus 5X doesn’t support Qualcomm Quick Charge, there is a Quick Charge 2.0 module on the board. It just doesn’t do anything.

Another interesting feature is that the USB Type-C port is soldered to the motherboard, which means it’ll be relatively hard to replace if it breaks.

For the most part, the folks at the online repair guide community just confirmed that the phone has all the features we already knew it had, including a Qualcomm Snapdragon 808 processor, 2GB of RAM, and 16GB to 32GB of storage, along with 802.11ac 2×2 MIMO WiFi and 4G LTE.