The HTC One M8 may have been the first smartphone to ship with a dual-lens camera, but apparently it won’t be the latest. Huawei just unveiled the Honor 6 Plus smartphone with a 5.5 inch, 1080p display, a 1.8 GHz Kirin 925 octa-core processor, and a dual-lens rear camera. 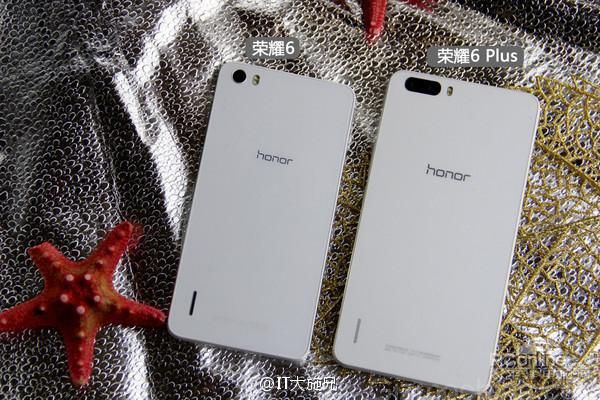 The phone’s rear camera has dual 8MP image sensors which let you snap 13MP pictures. One of the cameras has autofocus, while the other is a fixed-focus camera.

By using two sensors, Huawei says more light can be captured, enabling you to shoot better images in low-light conditions. The company says the camera can also focus in as little as 0.1 second.

Like the HTC One M8, the Huawei Honor 6 Plus also lets you adjust the depth of field and other effects in an image… even after you’ve taken the shot.

The phone’s other features include 3GB of RAM, 32GB of storage, a microSD card slot, and a 3600mAh battery. It’s a dual SIM card phone which will be available in 3G and 4G LTE varieties. They’re price at about $320 and $400 respectively in China.